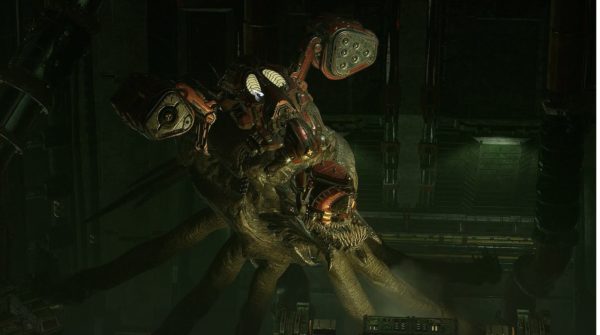 Hydra is the final boss fight in the newly released Gears Tactics. The Hydra boss fight starts after a mission where you need to disable Ukkon’s Impulsion pumps. It’s exactly what the name suggests, a Hydra with giant tentacles protected by armor; the same one used by Brumak. It also has mobility as it can fly around as two set parts of the battle arena. The boss battle isn’t as frustrating as the Corpser but it will still test your patience. In this guide, we will give you tips and tricks on how to beat Hydra in Gears Tactics.

The Hydra comes with two main abilities which you need to be aware of.

Hydra won’t be alone during this boss fight in Gears Tactics. A large number of enemies will spawn from both sides which takes your focus away from Hydra. If you don’t do something about these enemies they can kill you, it is easy to get overwhelmed by them. The left side of the map will spawn Wretches, Grenadiers, and Tickers. Hammerhurst Drones will appear during the final third of the Hydra boss fight. Also expect to see Boomers appear during the last phase. The good news is that there is a lot of cover on the left side which you can use to protect yourself from the on-coming adds.

Meanwhile, on the right side, the game will spawn Hammerburst Drones, Tickers, Disciples, and sometimes Kantus and Grenadiers. You can take cover on one of the platforms, there is giant “3” written in white on the platform where you can take cover while facing adds. That platform is your best chance of survival. The trick to beat Hydra in Gears Tactics is to understand when to push forward to stop enemy units from moving forward, and also understand when you take a step back and retreat to evaluate the situation. Knowing when to heal is a crucial part of the game but most importantly, target Hydra’s head whenever you have the chance to. Hydra is hard to hit when you are on the opposite side of the central platform. It is best to dominate the side closest to its head.

Having the Ticker Kick ability will come in handy during this boss fight. Also, use Gabe’s Command ability to heal allies whenever Gabe kills an enemy. The trick is to reduce the enemy’s health with Mikayla but finish it off with Gabe to trigger the healing ability. Gabe should have his stim, group therapy, and healing patch abilities in this final boss fight. Mikayla should have First Blood, Precision Shot, and Chain Shot abilities. Give Reyna the Proximity Mine, and Sprint abilities. And Sid should have Rally and Intimidate at his disposal during the Hydra boss fight in Gears Tactics.