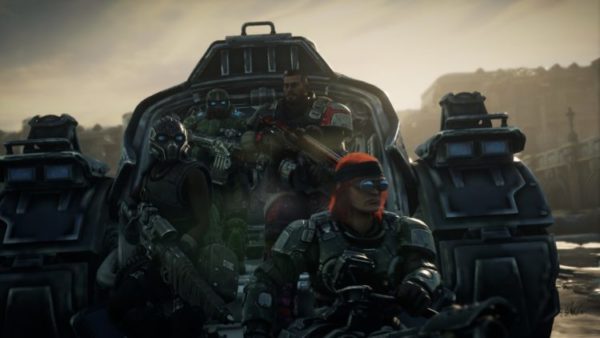 Our Gears Tactics Heavy Class Guide will help players with the development paths for this class along with the best skill and how to best use this class.

This class of soldiers in Gears Tactics specializes in movement and even has a skill that allows them to use three action points at a time on movement.

While the Heavy class specializes in movement but most of the skills for this class focus on dealing damage and fighting from a single spot. There are four development paths or skill tress for this class which include Specialist, Artillery, Demolitionist, and Defender.

This development path focuses on the abilities that grant additional action points for defeating enemies one after the other and that allow changing position.

This one focuses on dealing additional damage to enemies and shoot enemies more than once.

This allows the Heavy class soldier to access explosive shot and grenades.

This development focuses on support abilities to help squad members like the ability to pin down enemies with impressive fire.

Best Skill, How To Play

The basic skill for the Heavy class soldier improves accuracy. Each shot fired from the same position will grant the soldier the “Anchored” effect which increases accuracy and damage.

So the best way to utilize the soldier of this class will be to have it occupy bridge, balcony, or turret and attack enemies from that position.

The best ability for this class is the Explosive shot, if you kill an enemy using this ability, it’ll also damage the enemies surrounding it. In simple words, it’ll kind of chain damage is you kill an enemy. This ability is best for dealing with a group of enemies.

That is all for our Gears Tactics Heavy Class Guide with tips on the best skill, how to play, more. For more on the game also see our Scout Class Guide and Vanguard Class Guide.