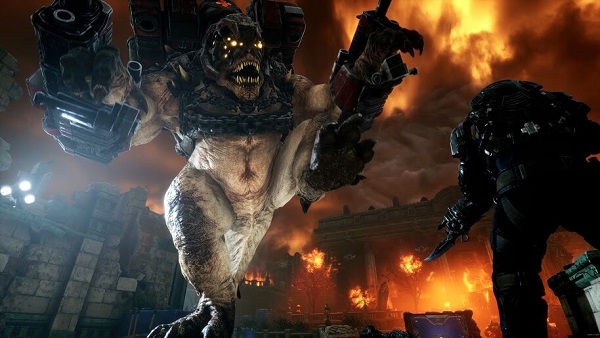 Executions have always been a staple of Gears of War series and you would be wrong to think that Gears Tactics has abandoned them. In Gears Tactics, however, there are a few advantages of finishing off your enemies with an execution.

Executions are gory finishing moves that games like Gears of War and DOOM are known for. Since these are finishing moves, you can only perform them on weakened enemies who are down on their knees. It should never be too hard to know which enemies are in the downed state – even amidst the heat of the battle.

But why should you go for execution instead of normally killing an enemy?

This is because execution is a free action that provides everyone on your team except the executing soldier with an Action Point, allowing you to obtain a few APs with a single execution. You can double the number of APs earned while playing with the Heavy class.

However, APs earned by executions are only viable for the turn they are obtained in. If you are unable to use them in the current turn, they will get wasted. Also, note that executions do not have any cooldown.

To perform an execution, down an enemy by depleting its HP and then move in until you see a skull icon on their heads. This indicates that you are in the range of execution.

Moreover, if you have a handful of weakened enemies nearby, you should be able to perform multiple executions and instantly turn the battle in your favor even if it was not before.

Executions are, without a doubt, very handy in Gears Tactics. When combined with overwatch, you should be able to execute multiple targets at the same time and instantly win a fight.

However, I should also mention that trying to execute every downed enemy is not a good idea either. You can find yourself in pretty bad positions when trying to go for every execution out there, especially if it leaves you out in the open. Therefore, try to be a little smart about them.

This is how executions work in Gears Tactics. For more help on the game, you can check out our Gears Tactics wiki guides.