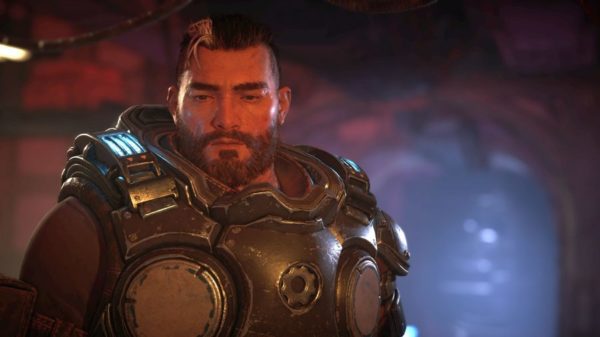 Gears Tactics PC is facing errors and issues like Error GT102, Graphics Card stopped responding, graphics card not found, failed to initialize steam, and more. Here I have compiled a list of errors and issues with the game along with their fixes and workarounds.

Gears Tactics is the latest addition to the Gears franchise. With the spinoff, the developers have ditched fast-paced over the shoulder shooter mechanics for a more tactical approach.

Gears Tactics PC is quite well-optimized with a lot of graphical options for players to tinker with. Despite that, PC players are facing errors and issues like Graphics Card stopped responding, error GT103, failed to initialize steam, crashing at startup, and more.

The following are the errors and issues that players are experiencing with Gears Tactics along with their fixes and workarounds.

Players are reporting that Gears Tactics is crashing with “Graphics Card stopped responding” error and get the error code GT102. This error is related to the graphics driver. If you haven’t updated your GPU drivers then update them as the Gears Tactics GT102 error popos up on old driver versions.

However, even if updating the GPU driver hasn’t fixed the error then the following are some troubleshooting steps that’ll help you fix GT102.

Obviously, players need to have the latest drives installed. The first step is to restart your PC as this error resets the GPU. Restarting the PC will fix the issue.

Delete the local cache stored at “%localappdata%\GearsTactics”. Delete the folder, launch the game and GT102 error won’t bother you again.

If you have the Windows Store version of the game then open Command Prompt and run “sfc /scannow” command. The scan will repair the corrupted file and fix the error.

Players are reporting that when they launch Gears Tactics, it crashes instantly with “Failed To Initialize Steam” error. This error pops up due to either Steam or the game not having administrative rights, here is how to fix it.

If you aren’t playing on an administrative Windows account then use one as it is one of the reasons why this error is popping up. If you are, then right-click on Steam’s exe > properties > Compatibility tab > check “run this program as an administrator”.

Apply the change and do the game for Gear Tactic’s exe file. Launch the game and the error will be fixed and the game will work.

If the error persists then download the Steam installer. Run it and choose to repair it to fix the issue.