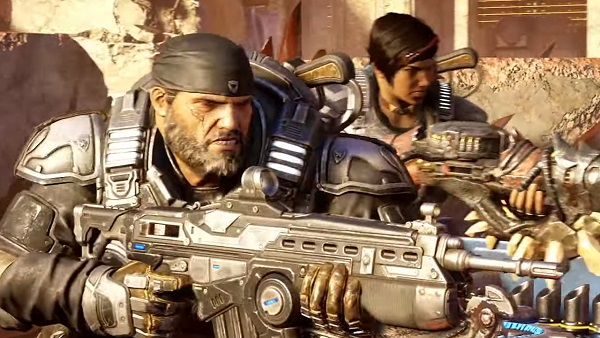 Camouflage
Camouflage is used by Kait. Upon activation, the ability turns her near-invisible. There’s nothing else fancy about the ability. Try to use it to sneak behind enemies for quick execution.

Drop-Shield
Drop-Shield is used by Emile. Upon activation, you’ll call a dome-shaped shield that will prevent any incoming damage. It’s a pretty good defensive ability that you can use to protect your squad and yourself. One important thing is that the Drop-Shield won’t let anyone deal damage outside so this is something you need to keep in mind.

Hologram
The Hologram is used by KAT-B320. KAT-B320 is able to create a projection that travels in a defined path and takes off the heat of you. All the nearby enemies will start shooting the projection, giving you some breathing room and letting you finish them off.

While it can work in a few different situations, it’s not an incredibly useful ability as far as Ultimate Abilities go. The duration for which the projection stays is small and enemies will immediately start shooting back at you as soon as the projection disappears.

Living Legend
Used by Marcus, Living Legend has to be our favorite Ultimate Ability in the game. Upon activation, Marcus will automatically start scoring headshot kills without even having to properly aim at the head. Although you probably won’t benefit much from it if you’ve got decent aim, but I can see it working, especially on consoles.

Reinforce
Reinforce is used by Del. Upon activation, Del will drop Deebee Trackers that will target all the nearby enemies and deal damage. The Deebee Trackers don’t last for a long time but the damage is totally worth it.

Artillery Strike
Artillery Strike is used by JD. Activating the ability will allow you to mark different enemies and open fire with upto 5 rounds of Artillery Strike. Since it’s a high-damage ability, you should consider using it on larger enemies or clear waves in an area.

X-Ray
Used by FAHZ, this simple ability allows you to see and shoot enemies behind walls.

Hijack
Used by Jack, Hijack, as the name suggests, allows you to mind-control enemies and control them. An addition helping hand is never bad and this is all that Jack’s Hijack is all about.

Resupply
Resupply is one of the few supportive Ultimate Abilities in the game. Used by Keegan, Resupply allows you to replenish ammo of your allies and yourself. Don’t try to waste it and use it when you really need it.

Electroblade
Used by Lahni, Electroblade allows her to stun enemies and electrocutes them using her Melee Weapon.

Barrier
Used by Mac, Barrier can be considered the younger brother of Drop-Shield. Upon activation, Mac drops a shield that protects him for any incoming damage. However, where Drop-Shield also protects your allies, Barrier doesn’t have this functionality.

You can also check our detailed Multiplayer Guide to learn about different game modes and tips to get better at them.

This marks the end of our Horde Mode Ultimate Abilities Guide. There are still some characters whose abilities are yet to be revealed.