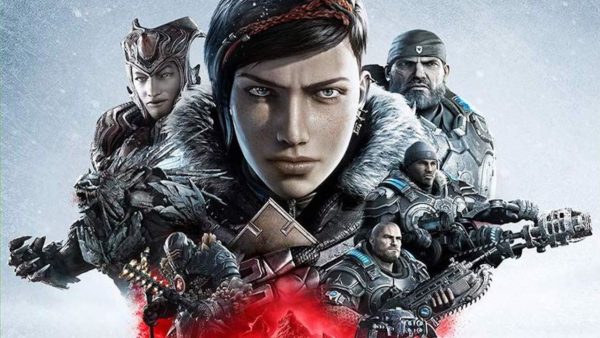 Gears 5 has made its way on PC and Xbox One and developer have done an excellent job porting the PC version. Despite that, Gears 5 PC version is facing issues and errors like the crash at launch, video card stopped responding, no audio, error GW503 and more.

Here I have compiled a list of Gears 5 errors along with their possible fixes and workarounds. So that you can play the game.

Gears 5 is the second game in the franchise by developer The Coalition and again the studio has developed an excellent PC port of the game. However, still Gears Of War 5 PC version is facing issues and errors like black screen, stuttering, error GW503, no audio and more.

The following are all of the Gears 5 errors and issues that players are experiencing along with their fixes and workarounds.

Players are reporting that when they start the game they get the following error.

Gears5.exe – Entry Point Not Found
The procedure entry point EventSetInformation could not be located in the dynamic link library ADVAPI32.dll.

Interestingly, this error is occurring for Windows 7 Users and fix for this is quite simple. The reason why “ADVAPI32.dll” can’t be located is that you haven’t updated your OS. Update your Windows 7 OS or install the update KB3080149 and this Gears 5 error won’t bother you again.

Players are getting the “Video Card Stopped Responding” error while playing Gears 5. This is error can’t really be resolved since it’s because of the game itself and Nvidia will launch a game ready driver on September 10 that will fix this.

One reason could be that the game is just putting too much load on the GPU. I would suggest locking the game at 30 FPS which might resolve this issue for the time being.

This Gears 5 GW502 error is related to your OS specifically windows 10. This error is possibly popping up because you aren’t using the updates Win 10 OS. You need to update your Windows 10 OS to version 1903 and the issue will resolve.

The GW503 error is occurring for those players you are trying to Play Gears 5 on Windows 8.1 or 7. The game doesn’t support Win 8.1 and hence you either need to install Windows 7 or 10 to install it. As for Windows 7 users who are getting this error, you need to update your OS to the latest version and the issue should be resolved.

Some players are reporting that when they play the game they get the following error.

A graphics card supporting DirectX 12 (feature level 11) or above is required. This is occurring for Windows 7 users and they need to install the update KB3080149 and the issue will be resolved.

Players are reporting that Gears 5 surround sound is not working as properly and is broken. This error is mostly occurring for those using Logitech headphones.

Surround Sound for Gears 5 isn’t at fault here as you might be lacking a plugin or software to properly enable Surround Sound. You need Dolby Access from Windows Store.

Alternatively, you can download FX sound and the Surround sound will start working properly in Gears 5.

There are multiple reasons for Gears 5 to crash at launch. I will discuss each of the reason one by one and will also provide you with a possible fix or workaround.

One reason for Gear 5 crashing at launch is the Soundblaster X-Fi card. Players have reported that when they start the game they get the easy anti cheat splash screen then a black screen and then the game crashes.

You don’t need to remove your Sound Card. Just set the X-Fi in the sound control panel to “24 Bit, 96000 Hz (Studio Quality)”. Do this and Gear 5 crash at launch issue will be resolved.

This is another Gears 5 errors that players are experiencing. To fix this, press “Windows + R” and type “msconfig” and press run. Go to the Services tab and check the box “Hide all Microsoft services”, click disable all and apply the settings. Now restart your computer and start Gears 5 and you will be able to log in your Xbox Live account or profile.

Gears 5 no audio issue is happening for players who are using USB headphones. Just change the USB port, if you have plugged it on the front then plug it on the back and you will get the audio back.

If this issue is also occurring for players who are using the 3.5mm jack for their headphones or speakers, just change the port. Meaning if you have plugged it on the back then plug it on the front and the issue will be resolved.

As I mentioned earlier, Gears 5 is one of the best PC ports in terms of performance optimization. However, there are a lot of PC configurations out there and even a game like Gears 5 is facing stuttering and low FPS. Follow the following instructions.

Make sure there is no background process that is using too much of your HDD and CPU. Just end that process if it is. Open Nvidia Control Panel> Manage 3D Settings> Program Settings and select the game and make the following changes.

Apply these setting and stuttering should no more be a problem while playing Gears 5 on PC.

As for Nvidia GeForce GTX 900 series GPU users and GTX 970 users specifically, the game sees sudden and massive FPS drops randomly and no reason. This is due to the fact that older GPUs aren’t capable of running Gears 5 at ultra settings.

Drop the settings that are VRAM intensive and you’ll see a boost in FPS and these random FPS drops will become a thing of the past.

Black Screen is a common issue in PC games and Gears 5 players are reporting that when they start the game they only get a black screen while they can hear the sound.

To fix this, start the game and press “Alt + Enter” and the game will go into windowed mode and will start to display. Go to the video settings and set the proper resolution and you can play the game in fullscreen.

That is all for our Geras 5 errors along with their fixes and workarounds for the crash at launch, no audio, GW503 error and more.