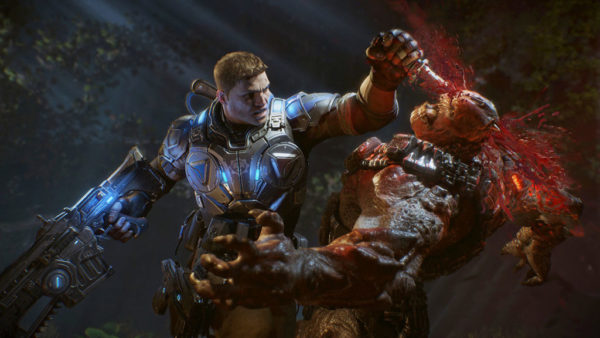 There are plenty of boss fights in Gears 5 just like the previous Gears of War titles. In this Gears 5 boss guide, we are going to walk you through how you can defeat all the different bosses in the game. This is what you need to know.

We try not to include spoilers in our guides but that can be tricky when doing guides on boss fights. If you are interested in going into the game blind then you should not continue reading. Consider yourself warned.

It is worth pointing out that while you can defeat these bosses solo, it will be much easier with a friend. If you have a friend that is playing Gears 5 then you might want to bring them along for the boss fight.

How to Beat Matriarch Boss Fight

As mentioned above, if you have a friend that can play Del then this boss fight is going to be much easier. If you are trying it solo then you should pick Kait. This is going to be a very tough fight so strap in.

Matriarch drops down into the ice water and will start freezing. If you missed it then Del will notify you. As soon as the boss freezes, run to the back of the boss. It will be visible and you will see the glowing weak point. This is where you need to fire. 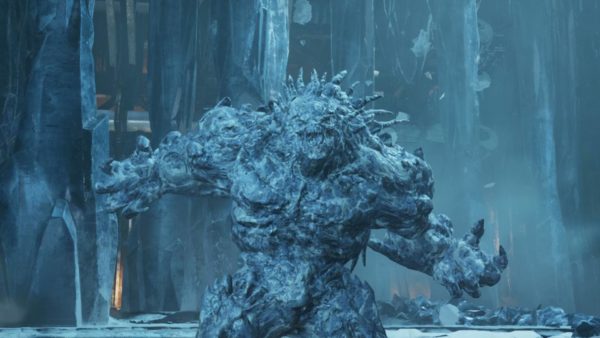 This is the only way you can damage matriarch in Gears 5 and beat the boss. The problem is that the boss does not stay frozen for long. That is why landing these hits is going to be crucial to finishing him off quickly. The boss stays frozen for about 7-8 seconds before getting to dry land again.

You might be tempted to use the Crypto Gun to freeze the boss in place but that is not very effective. The matriarch is very fast and can rush you before freezing. What you need to do is shoot the ice under the Matriarch when it charges in your direction. This will submerge it into the ice and it will freeze instantly. Doing so will open it to attacks and you can damage the weak spot.

During the encounter, Kait will have visions which will decrease her sight. Instead of running around you should strafe your way around the boss. Keep in mind that the boss does not move around much if you are not shooting at it. So you might not want to shoot it when you have the visions.

How to Beat Kraken Boss Fight

The boss has tentacles inside its mouth that glow. These are the weak points that you need to aim for. You need to shoot them until they go back into the mouth of the Kraken. Three of them will come out of the mouth, one after the other. You need to shoot at them, in the order in which they appear and quickly move on to the next one.

This might sound simple but doing so is much harder. If you are too slow then the tentacles will grab you or your teammate. You do have a chance to break free before you or your friend is tossed into the mouth of the beast. 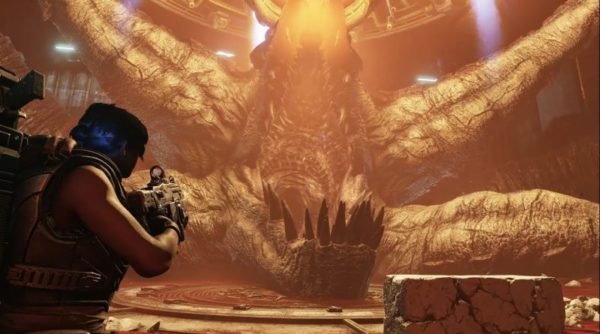 Repeat the process of shooting the tentacles and Baird will inform you that the railguns on the sides of the platform can be used. Run over to one of them, Aim at the Kraken’s mouth and wait for the reticle to turn Orange. Once that happens open fire.

You will be treated to a short clip. It will try and suck you into its mouth. Shoot at the glowing tonsils at the back of the Kraken’s throat to avoid being eaten alive. Once you have done so, you need to shoot at the tentacles again.

Each time you shoot the Kraken with the railgun, the encounter will get harder. The tentacles will appear faster and move quicker. So you will need to adjust accordingly and pick up the pace. Missing a tentacle could kill you. The Kraken will go down once you have hit it with the Railgun three times. This is how you can beat the Kraken boss in Gears 5.

We will keep updating this guide so stay tuned for more boss fights. If you are interested in learning more about the game then be sure to check out our guides on Escape Mode and Horde Mode.