RespawnFirst
Home Hardware DDR4 vs GDDR5 vs GDDR6 vs HBM, What’s The Difference? 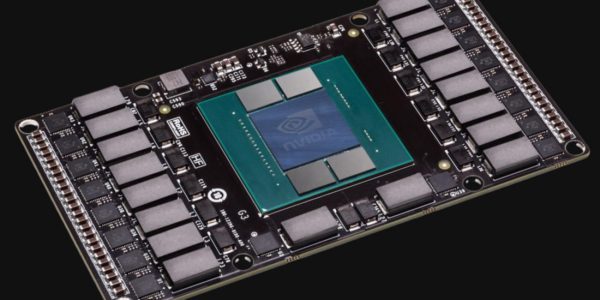 There are several types of memories used in a single system. However, gamers are usually more interested in RAM and VRAM. However, GPUs available today use two types of memories, GDDR5 and GDDR6, while DDR4 is used for RAM. Here we will do a DDR4 vs GDDR5 vs GDDR6 comparison, will discuss what separates DDR4 from GDDR5, and what are the advantages and improvements.

DDR4 is the current standard memory for RAM (Random Access Memory) while GDDR6 has taken over the GPU sector. However, there are still GPUs in the market with GDDR5 or GDDR5x memory.

The first comparison will be between DDR4 and GDDR5 memory. The first and the obvious difference is that DDR4 is used in RAM while GDDR5 is used in GPUs as VRAM.

In terms of volts, DDR4 uses 1.2 volts while GDDR5 can go as high as 1.5 volts. Interestingly, GDDR5 is based on DDR3 memory, which was the standard memory used for RAM before DRR4 came to the market.

In terms of I/O operations or cycles, DDR4 is limited compared to GDDR5 and GDDR6. This means that DDR4 can only perform one I/O operation (read or write) in one cycle. As for GDDR5 its successor can perform both read and write in the same I/O cycle.

This basically comes down to how DDR4 is used in operations and how GDDR5 is used. The main purpose of RAM is to bridge the speed-gap between an HDD and CPU.

RAM loads up the data from the HDD so that the CPU won’t have to wait too long to complete its task. Also, a CPU is sequential in nature and DDR4 suits its needs the best. This doesn’t allow DDR4 or RAM much wiggle room to perform multiple I/O operations in a single cycle.

As for the GDDR5, it’s a graphics memory for GPUs. It loads textures, shaders, and more. Also, given the open-world nature of video games these days, GPUs constantly have to load up data from the HDD or SSD and process it at the same time to display it on-screen with minimal delay.

To put it in a bit more technical terms, GPUs have to run tasks on thousands of parallel cores. If DDR4 memory was used in GPUs, then most of these parallel cores would be in a state of stall most of the time. This would decrease the overall GPU performance.

Before GDDR6 became the standard VRAM for GPUs, GDDR5 evolved into GDDR5x. Before we compare GDDR6, let us see what improvements GDDR5x brought to the table.

GDDR5x is basically a mid-generation upgrade. It doubled the transfer rates to up to 14GBit/s per pin while reducing the voltage requirement to 1.35 volts. GDDR5X uses a 16n prefetch architecture while GDDR5 uses 8n.

This allows GDDR5X to fetch 64-bytes (512-bits) of data per cycle which is double what GDDR5 can fetch. Not only that, the 5x can fetch up to a 64B cache line per transfer thanks to the higher burst length of 16.

With the introduction of GDDR6, GDDR5 and GDDR5x are mainly used in low-end GPUs, mainly to keep their cost low.

Now it’s time for GDDR5 Vs GDDR6. Like GDDR5x, the GDDR6 is based on a 16n prefetch architecture but, it’s divided into two channels.

While GDDR5x fetches 64-bytes of data, the GDDR6 divides it into 32 bytes per channel. This doesn’t improve the memory transfer rate but, does allow more versatility. GDDR6 features 16Gb density and increases the clock speed to up to 16 Gbps.

In recent years, High Bandwidth Memory has come up as a potential successor to GDDR6 as VRAM in GPUs. HBM consumes less power and still maintains significantly higher bandwidth in a small form factor.

However, to keep the TDP target low, HBM’s clock speed is limited to 1GBPs but, it makes up for it with its 4096 bits of the memory bus. Unfortunately, memory shortage didn’t allow for HBM and HBM2 to become the standard memory in GPUs.

I hope this answers your questions about the difference between GDDR5, GDDR6, HBM, and DDR4. For more on tech and hardware, also see our hub for PC hardware.