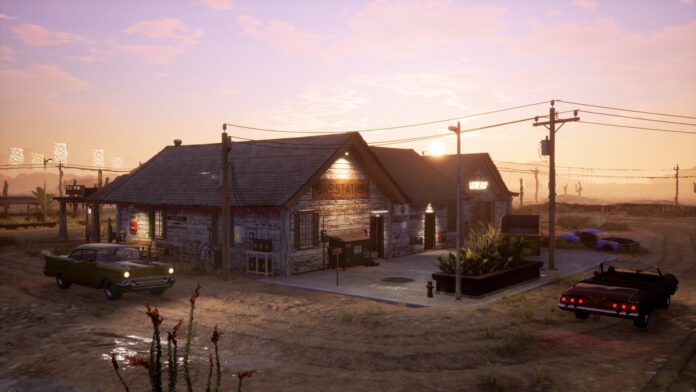 Gas Station Simulator, as the name suggests, is a simulator that tasks players with managing a gas station. The game has released for PC with positive reception and the game runs well on PCs too. However, Gas Station Simulator PC players are reporting errors and issues with the game like EXCEPTION_ACCESS_VIOLATION 0x00000000, LowLevelFatalError, in-game crash, Unreal Engine exiting due to D3D device, and more. Here I have compiled a list of errors and issues that PC players are experiencing with Gas Station Simulator along with their possible fixes and workarounds.

Gas Station Simulator is the latest game from developer DRAGO Entertainment who is known for developing simulator video games. As usual, the game received a positive reception from gamers. Despite that, some PC players are reporting errors and issues with the game like EXCEPTION_ACCESS_VIOLATION 0x00000000, LowLevelFatalError, in-game crash, Unreal Engine exiting due to D3D device, Error 0x887A0006, and more.

PC players are reporting that they are unable to play Gas Station Simulator because of the following error.

Your anti-virus could be blocking important game files and causing the crash with EXCEPTION_ACCESS_VIOLATION 0x00000000 error. Players can fix the error by disabling the real-time protection or excluding the game’s install folder from the anti-virus. After that, verify game files, launch the game and Gas Station Simulator won’t crash with an Unhandled Exception error.

In case the error persists, open the command prompt and run it as administrator. Type “sfc /scannow” and press enter. Complete the scan and the error won’t show up again.

Gas Station Simulator PC players are reporting that the game is crashing in-game with the following error message and here is how to fix it.

In case the errors and the crash persist, the GPU driver might be the cause. Update or install another driver version to fix the error. Also, do a clean installation.

If the above fixes failed to fix the Unreal Engine crash, your GPU is likely the cause of it. The GPU is either overclocked or not powerful enough to handle Gas Station Simulator’s load. Revert the GPU back to its default GPU clock even if it’s factory overclocked. If the game isn’t overclocked, use MSI Afterburner and reduce the GPU clock by 100 MHz or try lowering the graphics settings.

Enable Max FPS Limit and set the value for the FPS cap. Those currently targeting unlocked FPS should cap the game to 60 FPS. If your current target is 60 FPS, then cap the game to 30 FPS. Apply the changes and the Unreal Engine Exiting due to D3D device Being Lost error will be fixed.

PC players are also reporting another LowLevelFatalError which is related to a bad installation. The following is the full error and how to fix it.

Fix this error by verifying the game files using Steam. In case the error is not fixed, then reinstall the game.

According to Gas Station Simulator PC players, the game is crashing randomly while playing and here is how to fix it. Using a tool or software that might interfere with the game like MSI Afterburner, Rivatuner, or RGB software can cause the game to crash. Disable any such tool you have installed and the game won’t crash.

Your GPU is likely the reason why the game is crashing. Check under “Unreal Engine Exiting Fix” to see how to fix the Gas Station Simulator in-game crash.

Your anti-virus could be blocking important game files and causing the crash. Disable real-time protection or exclude the game’s install folder from the anti-virus. After that, verify game files using Steam and the issue will be fixed.

Right-click Gas Station Simulator in Steam > Manage > Browse Local Files. Locate the game’s exe and launch the game directly from it. Chances are, players will see an error similar to “vcruntime140_1.dll or MSVCP140.dll Was Not Found”. Install the latest Microsoft Visual C++ Redistributables both x64 and x86 versions to fix the error. Launch the game and it won’t crash at startup.

Outdated OS can also cause the crash at startup issue. Make sure to update the operating system if you haven’t to fix the issue. Also, the game requires a 64-bit OS. Those trying on a 32-Bit OS need to upgrade to play the game.

That is all for our Gas Station Simulator PC fixes for errors and issues like Unhandled Exception, LowLevelFatalError, Unreal Engine is exiting due to D3D device lost, in-game crash, and more. If you are facing errors and issues with other PC games or your PC then also see our hub for commonly occurring PC errors and their fixes.