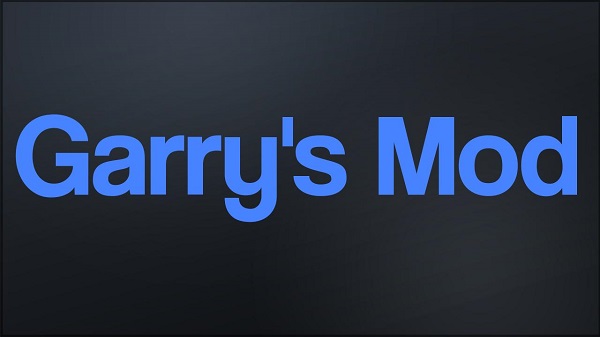 Garry’s Mod users are experiencing errors like Fatal Error, Fatal Application Exit, Engine Error, BASS.dll Missing, and more. Here I have compiled a list of errors and issues with the game along with their fixes and workarounds.

Garry’s Mod isn’t exactly a game. It’s a physics sandbox, in other words, a tool for players to create their own levels, games, and modes. It launched over 15 years ago and is still going strong with a dedicated community.

The following are the errors and issues that players are experiencing with Garry’s Mod along with their fixes and workarounds.

A lot of Garry’s Mod users are experiencing the “Engine Error: Couldn’t Load Library ‘gmod audio'” error. The fix for this error is quite simple. All you have to do is verify game files and error will be fixed.

Open Steam > right-click on Garry’s Mod > Properties > Local Files tab > click on “Verify integrity of game files”. This will fix the Engine Error for you.

According to Garry’s Mod users, they are unable to download it or update it as Steam gives the Disk Write Error. Here is how you can fix this error.

If you are one of those users who are unable to download Garry’s Mod or are experiencing errors like “Missing Downloaded Files” and “Addons Not Loading Error”, this is how you can fix them.

First, close the Steam client and then go to the Steam folder. Navigate to “Steam\steamapps\workshop\downloads”. Delete all files and folders in this location and then launch Steam. Now again try to download Garry’s Mod or update it. This will fix the errors when you launch Garry’s Mod.

Garry’s Mod users are reporting that it crashes randomly while playing with the “Fatal Application Exit” error popping up. One reason for this crash could be that users haven’t restarted their system in while. Restart your PC and the error should be fixed.

If the “Fatal Application Exit” error persists then the issue might be the GPU. Either its overclocked or it’s old. In case the GPU is overclocked, even factory overclocked, revert it back to its default clock speed.

In case the GPU is simply old, then use MSI Afterburner to reduce the clock speed bu 100 MHz. In an ideal scenario, users won’t have to reduce any more than 200 MHz.

If you don’t want to mess with the GPU’s clock speed then I would suggest you lock FPS for Garry’s Mod. Open Nvidia Control Panel > Manage 3D Settings > Program Settings > select Gary’s Mod. Turn on “Max FPS Limit” and here you’ll have to do a bit of trial and error to figure out at which FPS Garry’s Mod will be stable.

Users are reporting that when they launch Garry’s Mod they get the error telling them they are missing the “steam\steamapps\downloading\4000\bin\bass.dll” file.

Usually, verifying the game files will re-download the missing file and the error will be fixed. However, if verifying game files won’t resolve the error, then follow the path mentioned in the error and delete the BASS.dll. Now verify game files and Steam will download the deleted file. This should fix the error.

To fix this Garry’s Mod error, users need to change their port to the port of that the server that is giving this Disconnect error. Go through this tutorial to see how you can do it.

After that, open Steam client > right-click on Garry’s Mod > Manage > Browse Local Files. Navigate to “GarrysMod\garrysmod\cfg” and create a .cfg file and name it userconfig.cfg. Add the following commands in the .cfg file you have just created and save it.

Go to gmod and open console and type the following and press enter.

This will fix the disconnection error with whatever server you are trying to use.

A lot of users are reporting that they are experiencing Fatal Error with Garry’s Mod which tells them they don’t have enough memory, even though they have powerful GPUs. This error is most probably related to the GPU driver. Update or install another GPU driver version. Do a clean installation and the Fatal Error will be fixed.

Another reason for this “Fatal Error – not enough memory” error could be your laptop not switching the GPU. Here is how to ensure Garry’s Mod always uses the dedicated GPU.

According to Garry’s Mod users, they are getting the “AppFramework: Unable to load module C:/Program Files (x86)/Steam/steamapps/common/ GarrysMod/bin/filesystem_steam.dll!” error and are unable to play it.

Go to the file location mentioned in the error and delete the filesystem_steam.dll. Verify Game files and Steam will re-download the deleted file. This will fix the error.

In case if the error persists, your anti-virus/Windows Defender might be blocking the game file. Either disable the anti-virus or exclude Garry’s Mod folder from it. Verify Game files and the error will be fixed for good.

That is all for our Garry’s Mod fixes for errors and issues like Fatal Application exit, Engine Error, Disk Write Error, AppFramework error, and more. If you are facing errors and issues with other PC games or your PC then also see our hub for commonly occurring PC errors and their fixes.