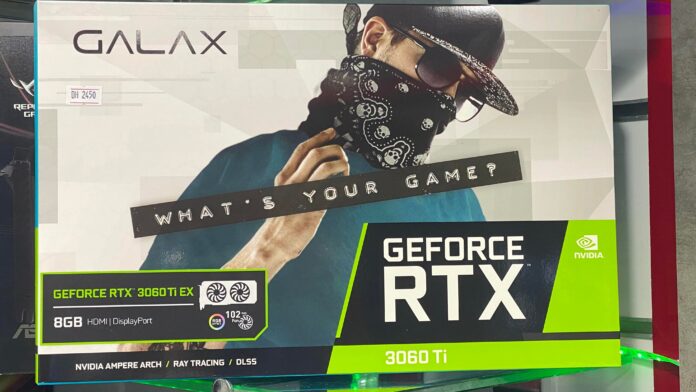 The Nvidia RTX 3060 Ti has been confirmed to be coming out later this year and while supply has not been all that great for the RTX 30 series graphics cards things should get better as we get into 2021. We have now spotted a Galax RTX 3060 Ti EX custom RTX 3060 Ti graphics card.

The card seems to have a dual-fan design from what we can make of the box and is most likely going to come in white like the previous generation RTX 2060 EX variant. From the box, we can see that the graphics card is going to feature the new Ampere architecture and will support features such as ray tracing and DLSS.

For port selection, the card will have HDMI and DisplayPort. We might see a fewer number of ports as compared to the higher-end models but that is something that will be confirmed as we get closer to launch. We do not know what the card is going to look like from the box but we can guess that it is going to look like the RTX 2060 EX shown below: 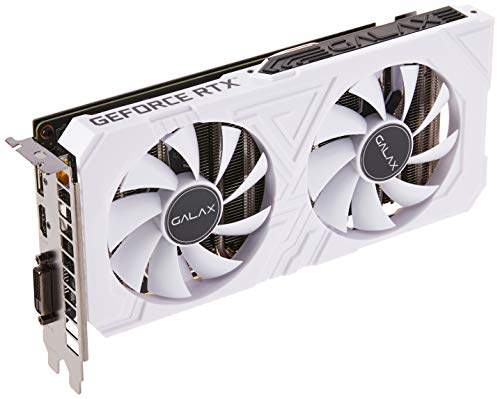 Dual fan designs seem to be the go-to for the RTX 3060 as we have seen models from Gigabyte and Inno3D that have dual fans. But I am sure that there are going to be higher-end variants from Gigabyte, Asus and Zotac that are going to feature triple fans as well.

Talking about the performance, some leaked benchmarks claim that the RTX 3060 Ti will be faster than the RTX 2080 for a much lower price but then again you should take this information with a grain of salt. The Reddit user that found this card reported a price of $620. This is most not the MSRP as these cards are supposed to cost around 350-400 USD.

Let us know what you think about the Galax RTX 3060 Ti EX and whether or not this is something that you would be interested in getting.