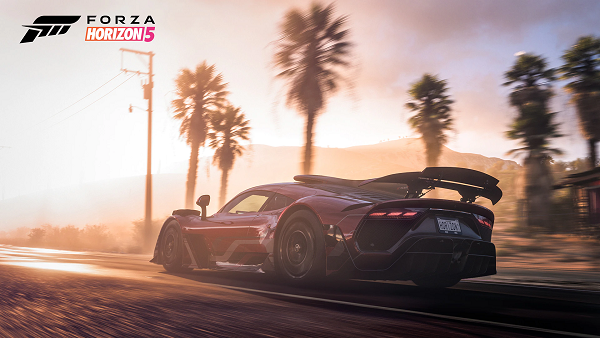 Forza Horizon 5 has launched PC and Xbox consoles. Developer Playground Games have always made sure that Forza Horizon titles run at a locked FPS while balancing visual fidelity. FH5 is no exception as it’s beautiful and runs great on every platform. However, Forza Horizon 5 PC players are experiencing errors and issues with the game like in-game crash, Stuttering, Invalid Profile, Error Code 136f-0, Application Error (0xc0000005), Low FPS after a long play session, Crash at startup, Error Code: E:1704-0, Error FH301, and more. Here I have compiled a list of errors and issues that PC players are experiencing along with their fixes and workarounds like how to fix Forza Horizon 5 crash, how to fix Error FH301, and more.

Forza Horizon 5 is the latest entry on the Forza franchise that is showing no signs of slowing down. Forza games, both Motorsport and Horizon, run perfectly on their respective platforms and FH5 is no exception.

This time around, Playground Games have chosen Mexico for the Horizon Festival and they have rendered it with incredible visual fidelity while maintaining the FPS target. This also translates to the PC port which runs very well from low-end to high-end PCs. Looking at the system requirements, the game doesn’t demand a beefy PC but a moderately decent one. This shows the amount of work the devs have put in to make sure FH5 runs well on a wide range of PCs.

Still, PC players are reporting errors and issues with Forza Horizon 5 like in-game crash, Stuttering, Low FPS, Crash at startup, Low-Resolution Textures, Error Code: E:1704-0, Application Error (0xc0000005), Error FH301, and more. The following are the errors that PC players are experiencing with the game along with their fixes and workarounds.

Forza Horizon 5 PC players are reporting the Error Code 136f-0 or invalid profile error. This particular FH5 error is connected to corrupt saves and here is how to fix it.

First, disable Steam Cloud Save synchronization. Open Steam > Settings > Cloud > uncheck “Enable steam cloud synchronization”. Then go to your Steam folder and navigate to Steam\userdata\USERID. Delete the “1551360” folder. Start the game and when you get the Invalid Profile error again, quit it. Open Windows store app > settings > enable offline permissions. Disconnect your PC from the internet. Launch Forza Horizon 5 and play the game until you get to modify vehicle presets. After that, connect to the internet and play Forza Horizon 5, and the Invalid Profile error will be fixed.

First, make sure you have a 64-bit Windows 10 with version 15063.0. Check for any updates for your operating system as it’ll also fix the issue.

One reason why Forza Horizon 5 is crashing at startup is your anti-virus. A number of PC players have reported that adding Forza Horizon 5 to exceptions or temporarily disabling the anti-virus fixes the crash at launch issue.

Also, running the game on a non-admin Windows account causes the game to crash. Log in to your Windows with an admin account and also run Forza Horizon 5 as administrator to fix the crashing issue.

Furthermore, Playground Games have noted that certain third-party software will not let the game boot. The following are the background software or applications that cause Forza Horizon to crash at launch.

Some Forza Horizon 5 players are reporting that the game crashes at launch without any error. Look into error reporting and players will find an error like Application Error (0xc0000005). To fix this crash at startup issue, open CMD(Command Prompt) and run it as administrator. Type sfc /scannow and press enter. Let the scan complete and repair any corrupted files. Once the scan is complete, restart your PC, launch FH5 and it won’t crash anymore.

For the players experiencing the Low FPS issue after a long gameplay session, some PC players have reported that this issue was fixed by switching to studio drivers for Nvidia GPUs. Also, disable Game Mode, and any background applications.

Memory overflow is another cause of the LOW FPS issues after playing Forza Horizon 5 for a while. This can be fixed by increasing the paging file. Type “advanced system settings” and open this app > click “settings” under Performance > Advanced tab > click ‘Change’ under Virtual Memory > uncheck “Automatically manage paging file size” > check Custom size and set 8192MB for Initial Size and 16000MB for Maximum and hit apply. The paging file size I’ve mentioned here are for at least 16 GB of RAM. This will fix the low FPS issue with FH5.

Apply these settings and players will see a noticeable improvement in FPS and Forza Horizon 5’s stuttering will be fixed.

Your GPU is another culprit why the game is crashing. It’s either overclocked or not handling the game’s load very well. If the GPU is overclocked, revert it to the default GPU clock.

If your GPU isn’t overclocked, then either lower the graphics settings or use MSI Afterburner and reduce the GPU clock by 50 MHz. Ideally, you don’t have to go beyond 200 MHz to fix the FH5 in-game crash.

FH5 PC players are reporting that the game is showing the Low video memory error enough they have 6GB or above VRAM. This is a bug and there is nothing to worry about. Just ignore this error.

Forza Horizon 5 PC players are reporting low-res or blurry graphics even on Ultra settings and here is how to fix it. Apparently, this is a bug with the Environmental Texture/Geometry graphics setting. Setting it to Ultra causes these low-res textures while driving. This can only be fixed by selecting Extreme option for this graphics setting.

That is all for our Forza Horizon 5 fixes for errors and issues like Low FPS, in-game crash, Error FH301, Low Video Memory, stuttering, Error Code: E:1704-0, and more. if you are facing errors and issues with other PC games or your PC then also see our hub for commonly occurring PC errors and their fixes.