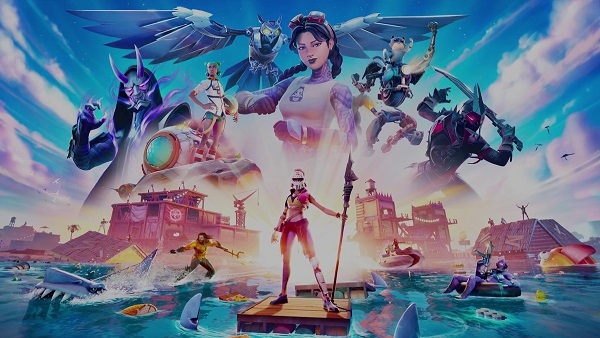 In addition to massive changes made to the map, Epic has made some significant changes to the weapons. Vaulting is a concept that is now being followed by Destiny 2 as well.

To keep the meta fresh, Epic Games has vaulted some weapons and unvaulted the others. In addition to this, there are some Mythic Weapons added to the game as well. First of all, let us talk about the weapons that have been vaulted in Season 3:

As for the guns that have been unvaulted are:

Aside from these, there are some Mythic Weapons added to the game as well. In order to get your hands on these Mythic Weapons, you will need to find 3 bosses roaming around the map.

Once you manage to kill these bosses, you will get your hands on their Vault Keycards and Mythic Weapons. Mythic Weapons in Fortnite Chapter 2, Season 3 are:

We would recommend that you stick to any of these weapons except Shockwave Launcher and Mythic Charged Rifle. As of now, the community’s consensus is that both of these weapons are fairly lackluster and a tier below the others.

To find the Mythic Drum Gun and Glider Gun, you need to defeat Jules. Finding Mythic Charged Rifle and Shockwave Launcher requires you to defeat Kit.

And lastly, defeating Ocean will reward you with Mythic Burst AR and Chug Jug. To learn more about where to find these Named Bosses in the game, you can check out our Fortnite Season 3 Bosses guide.

These are all the weapons that you can find in Fortnite Chapter 2, Season 3. For more help on the game, you can check out our detailed Fortnite wiki guides.