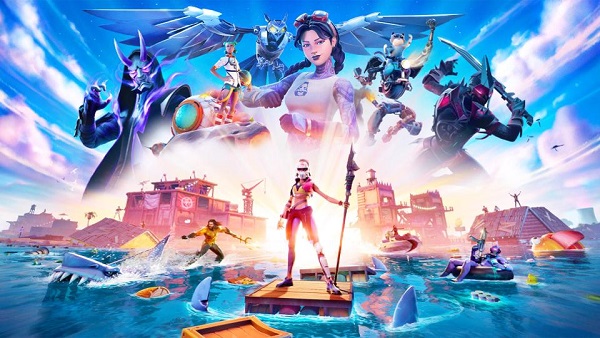 There are 3 new bosses in Fortnite Chapter 2, Season 3. These bosses, once defeated, drop Mythic Weapons and Vault Keycards. Since there can only be a handful Mythic Weapons in a match, these are pretty strong and you should try to get your hands on at least one of them after dropping down. To help you with that, in this Fortnite Season 3 guide, we have shared the locations of all 3 bosses in the game.

The bosses in the game are named Jules, Ocean, and Kit. They are scattered all around the map. I would recommend going after them together but if you are confident in your abilities, you can always divide your squad and tackle them separately. With that out of the way, the following are the locations of all bosses in Fortnite Chapter 2.

Where to Find Jules?
In order to find Jules, you need to move toward The Authority and to the Pirate Fortress. You will meet some resistance in the fortress but it is not something you will not be able to handle. Once defeated, you will obtain a Vault Keycard, Mythic Drum Gun, and Glider Gun.

Where to Find Kit?
To find the second boss in Fortnite, you need to proceed toward Catty Corner and you will find it amidst its robotic cronies. Successfully defeating Kit will get you a Vault Keycard, Shockwave Launcher, and Mythic Charged Rifle.

Where to Find Ocean?
To find the final boss in Fortnite Season 3, you need to head toward the fortress in Fortilla. Similar to the other 2 bosses in the game, Ocean also has a lot of backup so try to take things slowly. Once you manage to defeat her, you will receive the Vault Keycard, Mythic Burst AR, and Chug Jug.

As of right now, I would recommend Mythic Weapons from either Ocean or Jules. The community and streamers seem to agree that Mythic Charged Rifle and Shockwave Launcher are not as good as the guns from the other 2 bosses. But it obviously comes down to personal preference at the end of the day so get the ones you enjoy the most.

These are the locations of all the bosses that you can find to receive Mythic Weapons in Fortnite Chapter 2, Season 3. For more help on the game, you can check out our detailed Fortnite wiki guides.