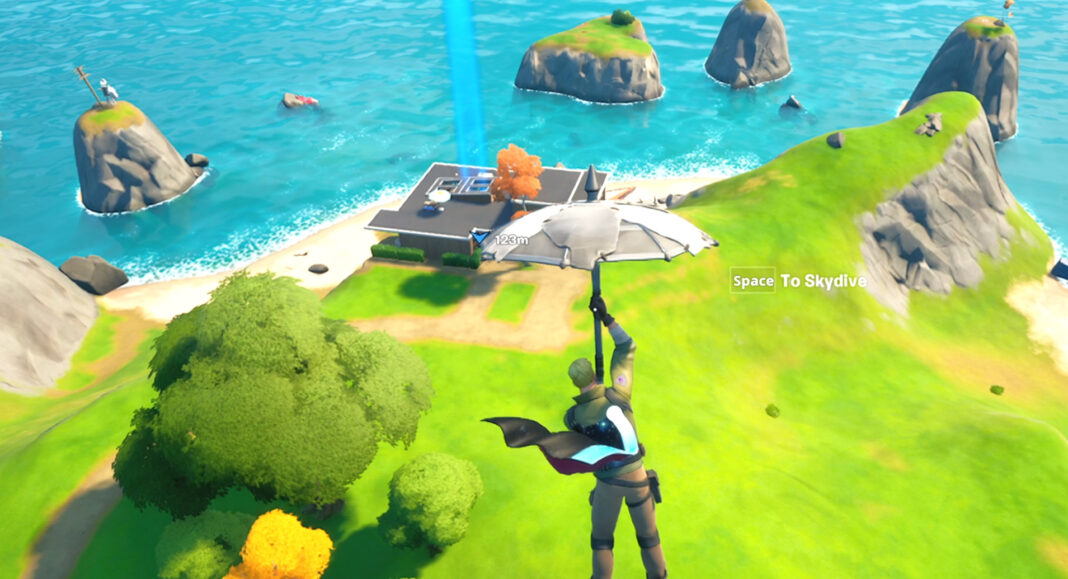 IO Guards are a new addition to Fortnite in Week 5. These are high-level NPCs that aren’t easy to defeat. While the loot they drop is garbage, they’re needed to complete a Legendary Quest for XP. In this guide, we’ve shared the locations of all the IO Guards in Fortnite Season 2, Week 5.

One of the challenges for the 5th week is to eliminate 50 IO Guards in Fortnite. Challenges are the best for farming XP to level up the Battle Pass and earn all the rewards in it. IO Guards in Fortnite don’t work like Gorgers or Marauders because they’re found in pre-determined locations. There are a total of 20 locations where IO Guards can spawn across the map.

IO Guards in the game have massive amounts of HP and hit like a truck. Therefore, it isn’t recommended to try and take them on if you aren’t interested in completing the challenge. This is because of the fact that the loot that these NPCs drop isn’t worth it at all. Since they’re hard to take down, it’s recommended that you loot up before trying to find them.

It might not be possible to defeat all 50 in a single match unless you’re a god but there are some ways to do it efficiently. There are 5-6 locations close to each other that you should be able to visit in a single match. These are located toward the bottom-right corner of the map. With that said, Fortnite dataminer, Mang0e has outlined all the locations which can be found below:

There are currently 20 of them, and all are enabled. I decided to map these to see their exact locations and try and determine where they are tunneling from. We'll have to see if this map changes later on. pic.twitter.com/NQmBZCypVN

The locations are as follows:

That’s all we’ve got in our Fortnite Season 2, Week 5 IO Guards locations guide. For more help on the game, you can check out our detailed Fortnite wiki guides.