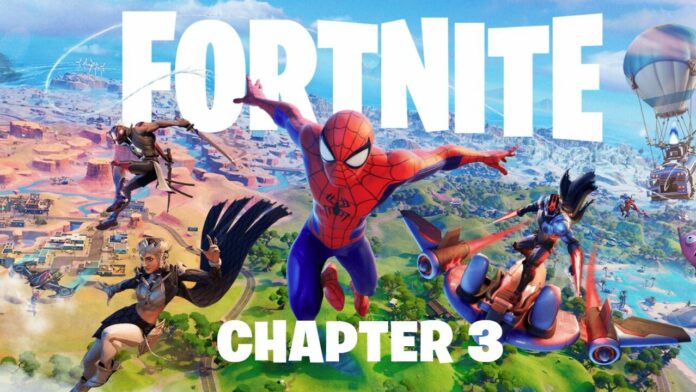 Fortnite brings new NPCs with every season that releases. This time around you will have to interact with twenty different NPCs. Each NPC serves a unique purpose. So, the location for each NPC in Fortnite is given in the guide below.

In Fortnite Chapter 3, you will come across 20 NPCs, but these spawn randomly in different maps. This means that you won’t be able to interact with all the NPCs in a single match. So, you will just have to visit each location of the NPC, and eventually, you will meet all of them. Some of these NPCs will spawn at more than one location. We will tell you about each of them and their spawning points.

Location #1 (The Visitor): This NPC spawns in the center of the sanctuary or you will find him in the large building on the bank of the river in the western direction of Sanctuary.

Location #2 (The Scientist): This NPC spawns in the buildings to the north of Sanctuary near the bridge, or to the Southwestern side of Sanctuary.

Location #4 (The Foundation): Found in the southeast section of the map near Sanctuary.

Location #5 (Ludwig): You will find this NPC on the far southeastern side of Joneses in a building.

Location #6 (Cuddle Team Leader): This NPC can be found on the extreme northern side of Camp Cuddle inside the pink roof building.

Location #7 (Bunker Jonesy): You will find this NPC in the far southeastern side of Joneses near the trailer.

Location #8 (Mullet Marauder): This NPC will be wandering around the red roof building in Joneses’ northwestern side.

Location #9 (Brainiac): This NPC can be found in the prison right in the heart of Joneses.

Location #10 (Jonesy the First) : Also found in the northeastern corner of Joneses inside a small building.

Location #11 (Metal Team Leader): This NPC will be wandering around the small building that has a grey-colored roof in Camp Cuddle to the south of the bridge.

Location #12 (Cuddlepool): The same location as the previous one but will be found near the pink roof building.

Location #13 (Guaco): Found in Greasy Grove inside the restaurant.

Location #14 (Quackling): This one is to the south of the bridge in Camp Cuddle near a yellow rooftop building.

Location #15 (Lil’ Whip): Found in the large building in Coney Crossroads. This building is located on the far southeast side of this area.

Location #16 (Bao Bros): This NPC is found in the Greasy Grove on the eastern side of the area in or outside a building.

Location #17 (Tomato Head): Found in the center of Greasy Grove roaming around the skyscraper.

Location #18 (Shanta): This NPC is found in the estuary near the waterfall.

Location #20 (Lt. John Llama): This one is found in Logjam Lumberyard.

That’s the complete list of NPC locations in Fortnite Chapter 3.