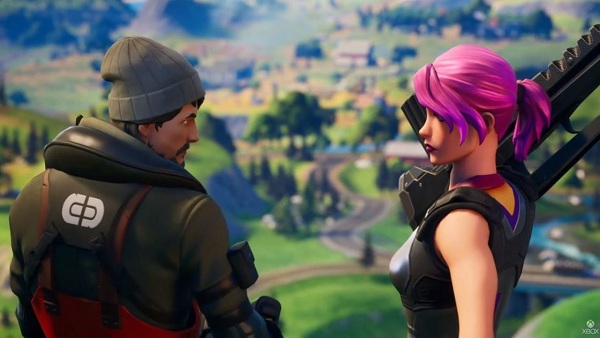 Our Fortnite Chapter 2 XP Farming Guide will share some helpful tips and tricks that will let you earn quick XP to move through the tiers of Battle Pass. Leveling up your Fortnite Battle Pass is all about unlocking a range of cosmetic items available in the game. These Battle Pass items only last for a season so it’s probably a good idea to farm as much XP in a single season as possible. And this is where this Fortnite 2 XP Farming Guide comes in.

You might’ve noticed that the amount of XP earned in Fortnite Chapter 2, Season 1 seems to be ridiculously low. As of now, we don’t know whether the numbers will be tweaked in a future update or not but until that happens, here are some ways to help you farm XP and progress through tiers of Battle Pass in Fortnite.

Punchcard Medal challenges in Fortnite Chapter 2 are fairly straightforward that you should be able to complete while normally playing the game. You won’t have to go out of your way in order to complete them so it’s a good idea to look at these challenges as you play through Fortnite. Everyday you’ll get a new Medal Punchcard with 10 Medals.

Each of these Medals should reward you with 2,000 XP with the sole exception of 5th and 10th Medal that reward 4,000 XP each. I should also mention it here that these Medal Challenges reset at 06:00 AM PST.

Usually, these challenges include dishing out a certain amount of damage with specific weapons, opening a set number of chests, etc. As you might’ve guessed from the heading itself, these challenges require you to log into the game daily to take full advantage of them. I should also mention it here that the XP earned is capped at 24,000 per day.

If you own Fortnite’s Battle Pass, you should never forget to take advantage of BP’s double XP. As of now, we don’t know how exactly it works but completing all your Daily Challenges and earning medals should allow you to take advantage of double XP. With double XP active, try to perform well in as many matches as possible to earn as much as 10,000 XP per match. Moreover, this synergizes well with our next point.

While double XP is active, you should try and focus on queuing up solo instead of queuing up in a team. As long as you just surviving and getting a few eliminations on the side, you should easily be able to farm massive amounts of XP in no time.

While you’re playing the game for the first time, certain actions such as finding Named Locations will reward you with 2,000 XP each. These Fortnite Chapter 2 Named Locations appear on the map as ‘?’ so make sure to head over to them after dropping down.

As you might’ve guessed, farming XP in Fortnite is all about ensuring that you’re playing almost daily and simply playing the game. It’s all about doing these little things to maximize your XP gains.

We’re in the process of putting out a separate guide that will detail all the Named Locations in the game. Be sure to check back!

This marks the end of our Fortnite Chapter 2 Leveling and XP Farming Guide. If you’re interested in learning more about the game, be sure to check out our Fishing Guide.