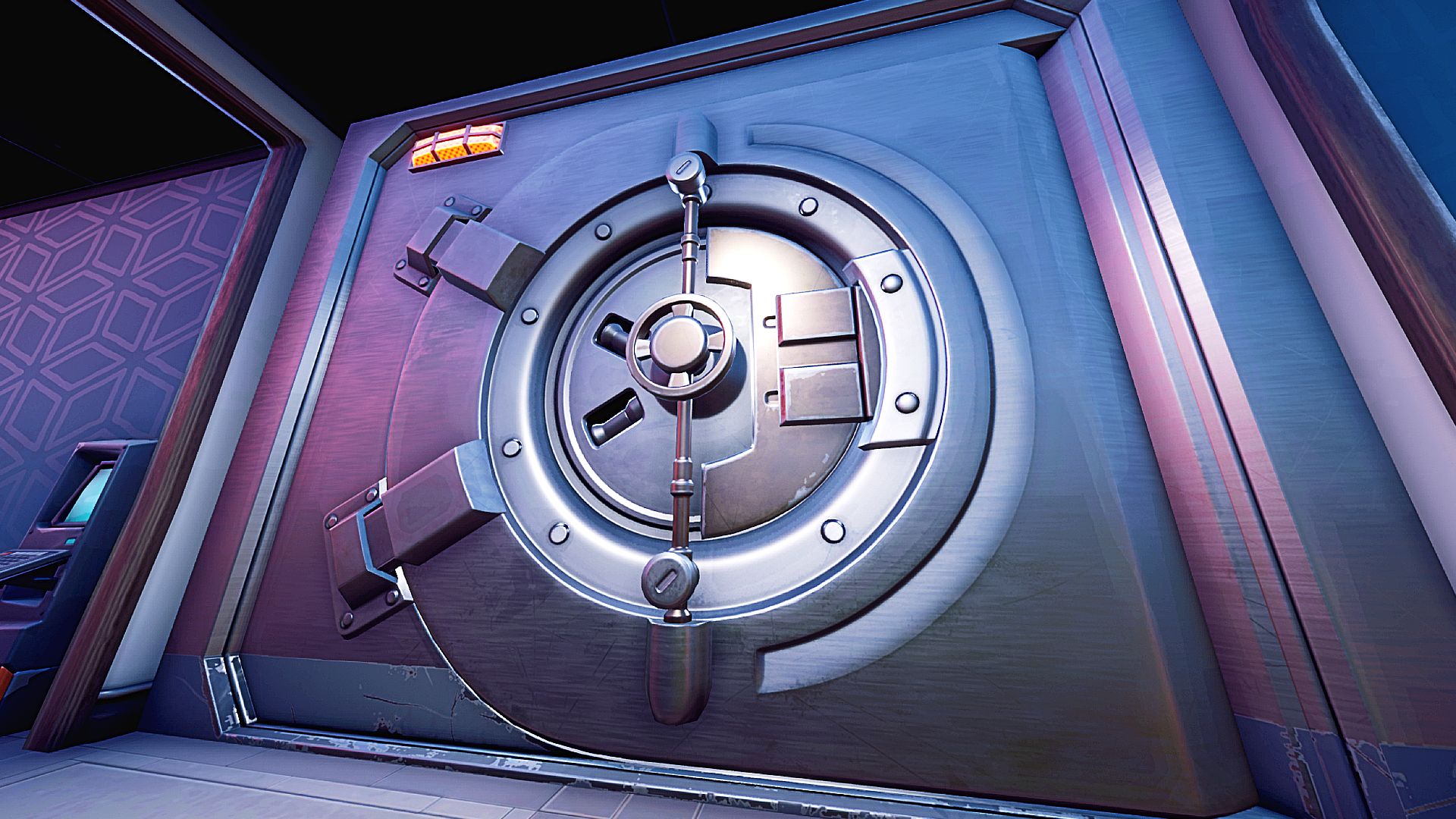 The upgraded season 2 of Fortnite Chapter 2 is featuring several new locations in the game map. Among these is the Agency HQ, which is located on a small island in the very center of the map containing a secret vault inside. In this guide, we are going to go over how you can reach and access the agency HQ vault in Fortnite.

As this vault is the center of interest in this game, mostly all the players will be reaching for it during the match. So you need to be alert and focused when heading towards this or any of the several different vault locations on the map. We will move on now specifically to how you can reach and enter the vault in The Agency location.

To reach the Agency, you need to travel to the small island in the center of the map which is also the meeting point of all the rivers. You will easily find a spy camp there with a helipad and several buildings.

The most efficient way to gain entrance to the Agency is by going right through the huge building in the middle of the camp, which is basically hollow. You will drop down to the ground when you are inside after which you need to enter a couple of rooms to collect some loot and prepare to face the boss.

Now, remember, that Midas has the ability to spawn anywhere in the Agency building, therefore you may need to search around for quite some time for him. But he is very recognizable with his whole self made of gold and carrying a golden SMG.

He is not the only enemy you have to face though. Be ready to defend yourself and defeat other players, turrets and henchmen to get to the boss himself. Once all of these are out of the way, you can finally start the boss battle with Midas.

Do not be intimidated by the prospect as he is quite easy to defeat having a rather small health reserve. All you need to do his avoid his attacks and shoot him down.

Once he is killed, you will receive his gold Tommy Gun and ID card. The card is a legendary item that is a reminiscence of the pirate season’s treasure map.

From the lobby, move to the hallway on your left and then head to the staircase in the eastern direction.

Before going down, remember to pick up a few construction supplies so it is easier to avoid the turrets. You can use these to simply construct walls surrounding them to block their vision, enabling you to get past them.

Once the vault door is in your reach, interact with it through the ID scanner and unlock it using your ID card. Open all the chests you find and enjoy the awesome loot you!

That is all for our Fortnite Agency HQ Vault guide. If you are interested in learning more about the game then you can check out our guide on Brutus Briefing Challenges.