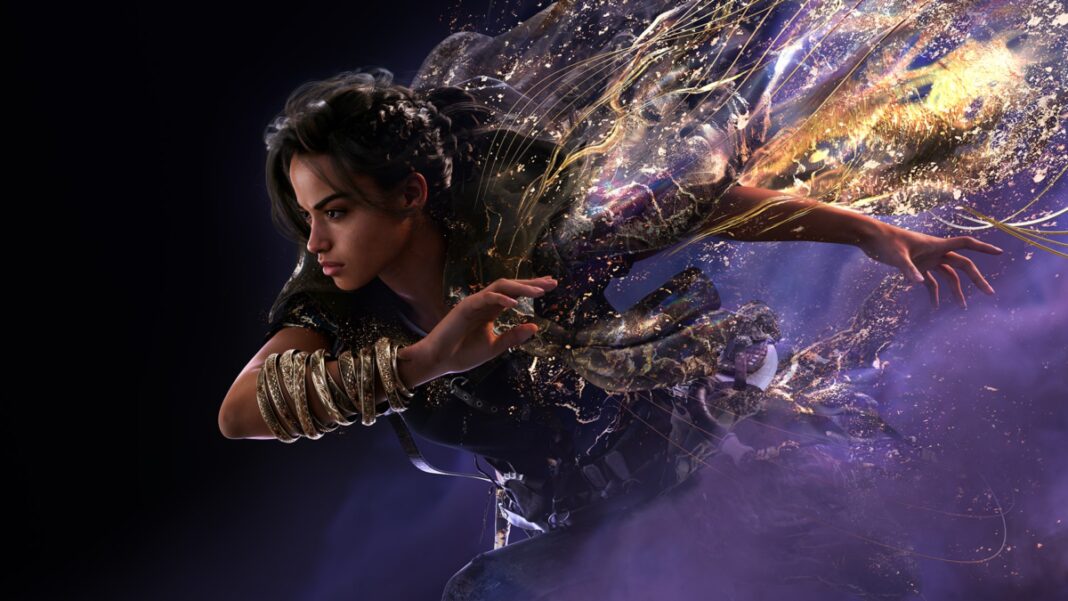 SQUARE ENIX and Luminous Productions dropped a ten-minute gameplay trailer for their highly anticipated action RPG, Forspoken. The new trailer gives players a deeper look at Forspoken’s magic-enhanced combat and parkour in action, as well as the corrupted enemies and stunningly beautiful, yet cruel, world they will encounter when the game launches on January 24, 2023.

The new gameplay footage provides players with the deepest look yet at some of the areas they will encounter in Athia, including Cipal the last remaining haven where the surviving Athians take refuge from the devastating Break, a powerful force that corrupts everyone and everything it touches. Cipal serves as a key location for Frey as she can collect and trade information and goods in preparation for the corrupted land and beasts that she faces off with in her attempt to save Athia.

The gameplay trailer follows Frey on a quest from Athian archivist Johedy, as she ventures into the wilds of two corrupted areas, Praenost and Avoalet. The two realms featured in the trailer give players a glimpse of the different enemies they will encounter and showcases the versatility of Frey’s magical combat skills. Players can choose to wreak magical havoc on enemies, fighting in a controlled frenzy and unleashing a barrage of quick-fire spells or they can take a more methodical approach wielding powerful and calculated attacks on their adversaries. In Forspoken, no two fights are ever the same.

Players are also given a closer look at Frey’s magic-enhanced parkour skills that enable her to seamlessly and quickly traverse Athia readying for her next big battle or fight. Using the magic-enhanced parkour system, players can explore Athia’s lush landscapes and discover a variety of rewards that will enhance Frey’s journey and skillset, including mana, which players can use to unlock new magical abilities; powerful gear for stat boosts and increases; as well as collectible items for crafting and trading, and more. The new gameplay footage also gives players a glimpse of how Frey’s magic-enhanced parkour can be used in conjunction with her combat skills in battle, enabling her to evade enemy attacks while inflicting damage in a fast and fluid manner.

Square Enix and Luminous Productions also revealed a brand-new character artwork of protagonist, Frey Holland. Outfitted with new magical abilities and sentient Cuff, the new character art showcases Frey as Athia’s empowered hero, ready to take on the trials and tribulations that lie ahead in her journey to save the people of Athia and find her way home.

Designed for PlayStation 5 (PS5), Forspoken will harness the full power of the console and demonstrate Luminous Productions’ philosophy to provide a gaming experience like never before, fusing together the latest technology with creativity. Forspoken will launch simultaneously on PS5 and PC (via STEAM, Epic Games Store, or Microsoft Store) on January 24, 2023, and is available to pre-order now. The Forspoken: In Tanta We Trust Story DLC will be available Summer 2023.

Let us know what you think about this Forspoken gameplay video and whether or not you are interested in playing the game when it comes out.