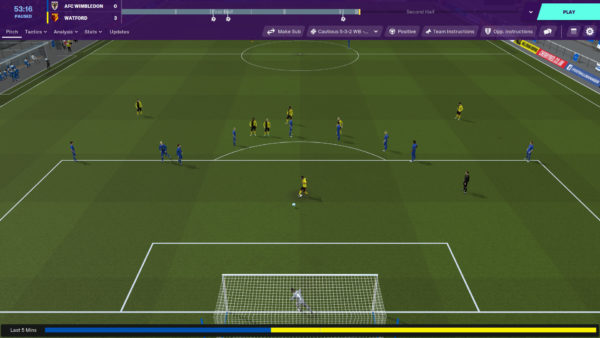 Football Manager 2020 PC is facing errors and issues like the crash at launch, stuttering, unable to initialize Steam API, DXGI_ERROR_DEVICE_Removed and more. Here I have compiled a list of FM20 Error and issues along with their possible fixes and workarounds.

The following are all of the errors and issues that players are experiencing with Football Manager 2020 along with their fixes and workarounds.

This is an error that Football manager 2020 players are experiencing while playing the game. According to players, the game crashes randomly while playing and they get the “DXGI_ERROR_DEVICE_Removed Error”.

There are a couple of reasons for this to happen. Your DirectX library is corrupted so update DirectX and the error should be resolved.

If this doesn’t resolve the error then the issue might be an overclocked GPU. Even if your GPU is factory overclocked, revert it back to its base clock speed and you won’t get the error anymore.

If the GPU overclock is something you don’t want to revert or GPU is just old then you can lock the game at 30 FPS and the issue will potentially resolve.

Open Nvidia Control Panel > Manage 3D Settings > Program Settings. Select the game from the list and if it isn’t there then just add it. Set vertical syn to “Adaptive half refresh-rate” and apply. Start the game and disable in-game vertical sync and display should be fullscreen.

Note that for some games, the adaptive half refresh rate enables when the in-game V.sync is on. So do keep an eye on that if you get screen tearing.

Also, this will only work if your GPU is at least capable of running the game at 30 FPS and you have a 60 Hz monitor. If the game goes below 30 FPS then the screen will tear.

Players are experiencing the Unable to Initialise Steam API or Steam API Init Failed error as they try to launch Football Manager 2020. There are a couple of reasons for it.

If you are using an administrator account then the culprit might be Windows Defender or anti-virus software that you have installed. Either disable the anti-virus or make an exception for the game’s folder and the error won’t bother you again.

Here are a few things that might help you with fix stuttering, low FPS and general performance of the game. First, install the latest GPU drivers and make sure there is no background process that is using too much of your CPU or HDD.

Open Nvidia Control Panel and then go to Manage 3D Settings > Program Settings. Select the game from the list and make the following changes.

To enable fast sync, you’ll have to disable in-game vertical sync and the display should be set at fullscreen. Fast sync basically replicated G.sync as it allows the GPU to render as much FPS as it can.

But, it only displays the FPS that your monitor is equipped to handle. Meaning, if you have a 60 Hz monitor, it’ll only display 60 FPS even if the game is being rendered at 80 FPS.

Some MacBook Pro owners are facing the issue where Football manager 2020 doesn’t even start. There is an easy fix for it. Just go to SteamLibrary/steamapps/common/Football Manager 2020. Click on the FM20 file and you’ll be asked for permission. Just press ok and the issue will resolve.

Players have reported that FM 2020 Editor isn’t launching for them. The fix for this FM20 error is quite simple.

According to players, when they start the game they only get a black screen while they hear the game’s audio in the background. Just press “Alt + Enter” and the game will go into Windowed Mode and will start to display.

Go to video settings and set the proper resolution and you’ll be able to play the game in fullscreen.

Players are reporting that Football Manager 2020 crashes as soon as it starts or doesn’t launch at all. Here are a few things that will help you fix the crash at launch or game not launching.

One common reason for games to crash at launch or not launching at all is the anti-virus software or Windows Defender. The anti-virus might be detecting the game’s exe as a trojan or another virus. Fix this by either disabling the anti-virus or making an exception for the game’s folder or exe file in your anti-virus.

Lack of administrative rights is a potential reason why games crash at launch. Right-click on game’s exe > Properties > Compatibility tab > check “run this program as an administrator”. Apply the settings and start the game.

If both of the fixes above haven’t worked for you then the issue might be that you don’t have the latest Windows Updates or you have opted in Windows Insider Program. Update your Windows OS if you haven’t already to fix this problem.

If you re part of the Insider program then just opt out of it and the issue will be resolved.

While playing the game, players have reported that the mouse cursor flickers when they move it. This can be resolved by just switching the display to Windowed Mode.

That is all for our Football Manager 2020 fixes for errors like the crash at launch, Steam API not initializing, stuttering, DXGI_ERROR_DEVICE_Removed and more.