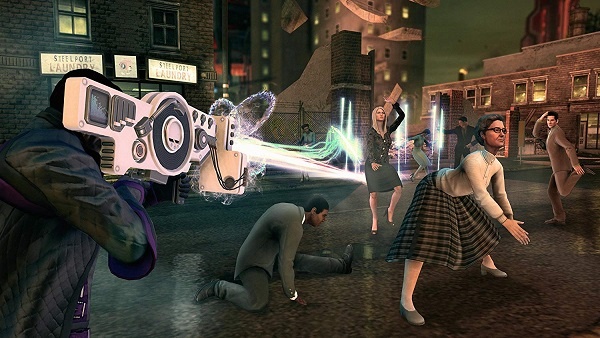 The wacky GTA-like open-world game, Saints Row, is making its debut on the Nintendo Switch with Saints Row 4. The game is now available to pre-order on Amazon for $40 alongside proper box art and details. You can also pick up a copy from the official Nintendo Store.

We were also able to get our hands on the first official screenshots from the Nintendo Switch version of Saints Row 4. Here’s a look at how the game looks on the Switch handheld.

The game is slated for a March 27, 2020 release, according to the official announcement from the creating studio.