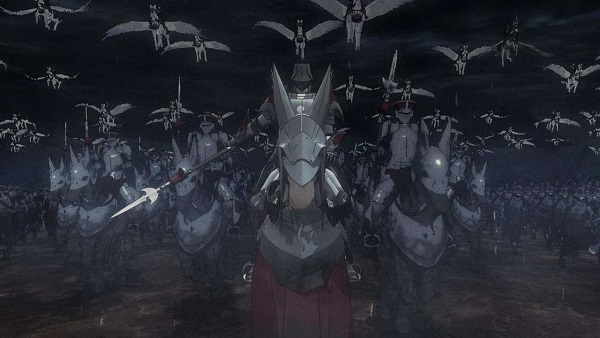 In the Garreg Monastery players can find different seals during various chapters. These seals are unique examination seals that let you unlock one of the most interesting classes, Dark Mage. In various chapters of the game, you can find a Death Knight that’ll drop a Dark Seal.

How to Get Dark Seals

Dark Seals are found in Chapter 4, 6, 8, 12, and 18. It can take a while to get all Dark Seals to unlock different characters but you can get the seals via an alternative method.

You can ready a thief with a Steal skill to get Dark Seals in Fire Emblem: Three Houses. This skill is useful when defeating him isn’t required by the mission. You can re-class your character when the Death Knight weak and steal the Dark Seal from him.

Keep in mind that you need a higher speed stat than the Knight himself to successfully steal the seal. If that’s not the case, you’ll need to defeat him to get the Dark Seal.

How to Defeat the Death Knight

Now for the tough part, how to defeat the Death Knight? He isn’t easy to take down which should be clear enough from his name. But there are effective methods to beat him in combat.

Note: Raise your character level if these methods don’t work.

The first effective method to take down the Death Knight is to use Gambits and Knightneeler. Use offensive gambits to deal damage to the enemies without worrying about counter attacks. Raise the hit rate by using gambit boosts with allies nearby before using the gambit.

Knighkneeler is an effective combat art against mounted enemies so use this to finish off the Death Knight.

Get Ready for Battle

Before getting into battle, there are a couple of things that you should do. The following is what we recommend you to do in order to get ready for the battle ahead:

The following are some battle tips that should help you out:

Death Knight is fast and has an attack speed of 14 when you first encounter him. You must attack him with a unit of an attack speed of at least 11. Deal damage using combat arts before using the Knightneeler to bring him down. This method is most effective when playing with the Black Eagles house as they have high speed.

Get Ready for Battle

Before getting into battle, there are a couple of things that you should do. The following is what we recommend you to do in order to get ready for the battle ahead:

The following are some battle tips that should help you out:

This was our Fire Emblem; Three Houses Dark Seals Guide, hope this helps you in the game.