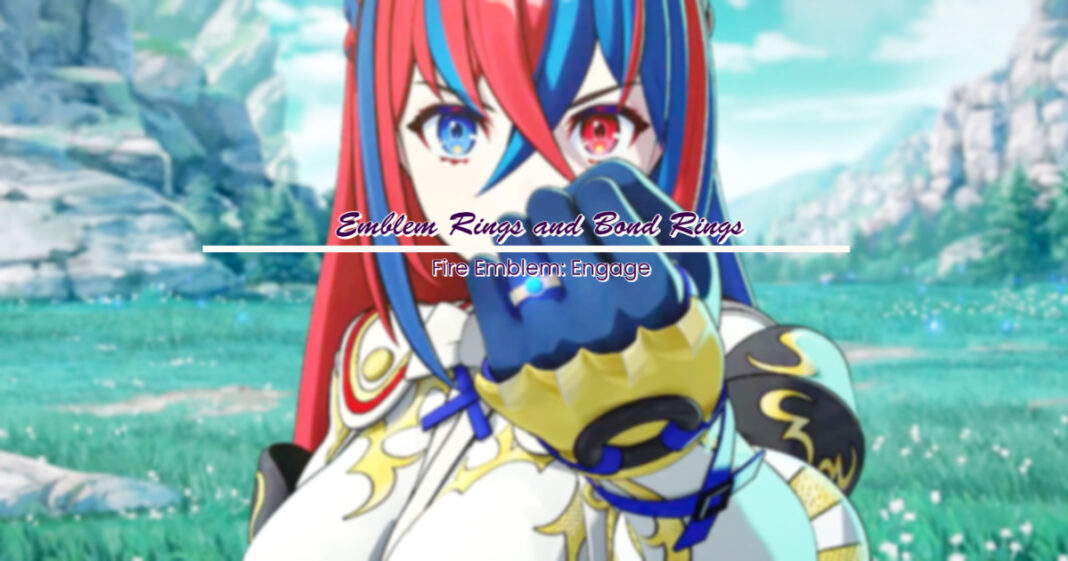 Emblem Rings
Emblem Rings are incredibly powerful items that players can use to summon characters from the Fire Emblem franchise to provide assistance in a battle. These characters fight alongside the unit, boost various stats., and unleash a powerful unique attack known as Engage. Players must use the unit equipped with an Emblem Ring in battle to charge it. Once it is is fully-charged, players will be able to perform Engage. It is important to note that Engage only lasts for 3 turns after which it must be recharged.

It is also important to note that not all Emblem Rings offer the same Engage as it depends on the character whose Spirit is summoned. These are found as players progress through the campaign.

Bond Rings
Bond Rings in Fire Emblem: Engage boosts the stats. of a character. To change these, players must spend Coins which will reroll the currently equipped Bond Ring. Once players have collected a lot of Bond Rings, they will be able to meld them into more powerful versions. To get Bond Rings, players need to visit the Ring Chamber at the Somniel where they will be able to do so using Bond Fragments.

This is all we have got on our FE: Engage Rings guide. Some more Fire Emblem: Engage guides that you might be interested in: