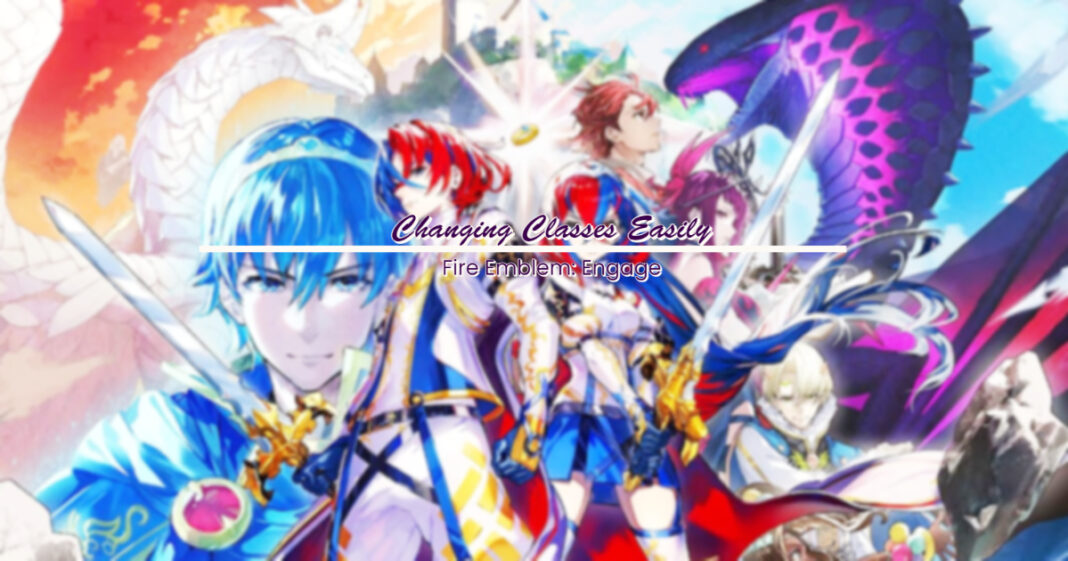 The importance of a class in Fire Emblem: Engage cannot be undermined. Each class has its own strengths, weaknesses, abilities, and combat prowess. It is also important to realize that not all classes are created equally as some of them excel others in certain situations. This is where the ability to change a unit’s class comes into play. This guide will help you learn all there is to know about changing a unit’s class in Fire Emblem: Engage.

It is pretty simple to change a unit’s class in Fire Emblem: Engage, provided that you meet all the requirements. To start, players need to ensure that the unit whose class they wish to change is at least Level 10. With a Level 10 unit available, open up the menu, select the desired unit, and choose the ‘Class Change’ option. This will display a list of all the classes that the desired unit has ability to change into. This is also where the players will need to make a decision — reclass into an entirely different class or upgrade to a higher-tier of the current class.

Upgrading the Current Class
To upgrade into a higher-tier of the same class, players will need a Master Seal and a Level 10 unit. At this point, simply select the upgraded version from the list.

Reclass into a Different Class
It is also possible to a unit’s class into an entirely different class. This is known as reclassing and it is also done via the ‘Class Change’ menu. However, there is no need to have a Level 10 unit. Reclassing requires the players to have a specific Weapon Aptitude. In case a unit is lacking the required Weapon Aptitude, players can use Emblem Bond Rings. Additionally, players who wish to reclass into a different class while retaining the tier of their previous class, they will need a Second Seal.

Players can choose from a total of 26 classes in Fire Emblem: Engage. These are:

Changing a unit’s class in Fire Emblem: Engage resets it to Level 1 unless you use a Second Seal. This is important to keep in mind before doing so.