Home News Fingers Crossed: The Last of Us 2 Multiplayer Seemingly In Development Again 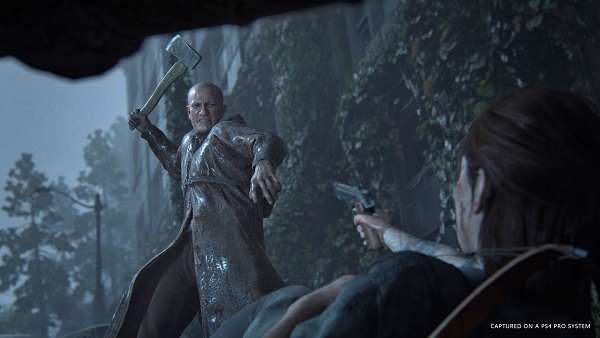 According to the official announcement from Naughty Dog’s Neil Druckmann, due to the sheer size of the single-player story mode, multiplayer had to be sacrificed. However, it seems they are again working on the multiplayer mode for…. The Last of Us 2?

The studio is looking for an “ONLINE SYSTEMS PROGRAMMER,” someone who is passionate about online video games.

We want someone who is passionate about online games and is willing to jump into a variety of systems including server technologies, core game networking, matchmaking, player data storage, and virtual store transactions while maintaining a high standard for reliability and information security.

The Last of Us 2 Multiplayer Will Eventually Happen, It’s Confirmed

One interesting aspect of the recent announcement from Naughty Dog is that it hints at things to come. Neil Druckmann said that The Last of Us 2 multiplayer mode will return and go back in development sometime in the future. Since the game will be close to going gold at this point, it would make sense for developers to create a side team to work on The Last of Us 2 multiplayer.

The  Last of Us 2 Factions mode was in development for years before being scrapped recently.  But Naughty Dog confirmed that we will experience “the fruits” of their hard work.

You will eventually experience the fruits of our team’s online ambition, but not as part of The Last of Us Part II. When and where it will be realized is still to be determined. But rest assured, we are as big a fan of Factions as the rest of our community and are excited to share more when it’s ready.

It is a safe assumption that the job listing above means that Factions mode has gone back into development. But the question is, when will it come out? The multiplayer mode will probably release by summer 2020. Naughty Dog should be done by that point considering they already have developed most of it in the past few years.