Home Guides The Surge 2 Where to Find the Force Hook and Lifter Hook in The Surge... 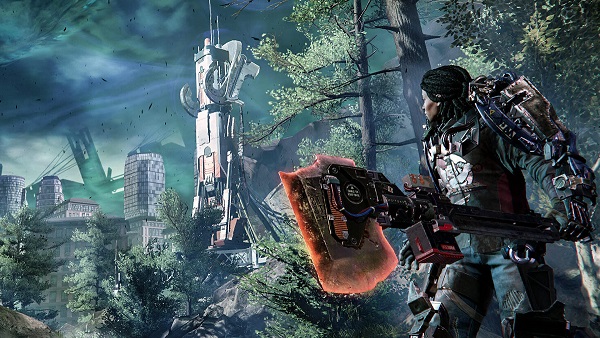 Where to Find the Force Hook?
To find it, you need to proceed toward the Gateway Bravo and then head over to the A.I.D Command Center. From the Family Waiting Area, head inside a destroyed wall and drop down toward the hospital.

From there, continue to proceed as normal (there will be a few enemies in the area) and you’ll eventually come across some A.I.D enemies and a researcher. It’s in this area where you’ll locate the Force Hook.

I should mention it here but you can hand over the Force Hook to a man at the bottom side of the area to acquire a decent weapon if you want. If you’re happy with what you’ve, feel free to deny it. But if you did, you can always return to the area mentioned above and get yourself another one.

Where to Find the Lifter Hook?
Once you’ve acquired the Force Hook, you need to use it to initiate the A.I.D Command boss fight called Ezra Shields. After defeating the boss, take the underground path naturally and you’ll find yourself standing at the CREO Tech Institute. Here, you need to talk to a researcher/scientist but before you could do that, you’ll be toss into another fight.

Once you’re done with the fight, you need to head down toward the area where the scientist is and speak to him to acquire the Lifter Hook. You can use this one to head to the Chapel of the Spark.

This marks the end of our The Surge 2 Lifter Hook and Force Hook Locations Guide. If you’re interested in learning more about the game, then check out our Character Builds Guide, Combat Drone Guide, and Crafting Recipes Guide.