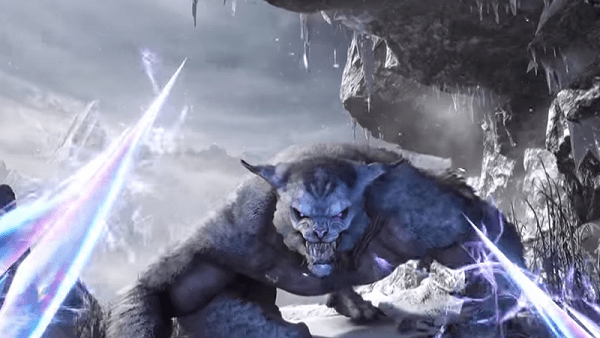 Ferox is one of the many creatures that you can tame in ARK Genesis. The creature has two forms and taming it can take a while. With the help of this Ferox Taming guide, you’ll be able to learn everything you need to know about how to tame this creature in ARK Genesis.

There are a couple of ways using which you can tame a Ferox in ARK: Survival Evolved. To find the creature, you’ll need to head over to the north side of the Arctic biome and try to find the area with a blizzard going on. Another thing that you need to have is Element in your last slot.

After you’ve found a Ferox, you need to approach it and press the (E) key to feed it. Immediately after being fed the Element, Ferox will transform into its aggressive giant form and will try to attack you.

At this point, you can either lure it into a large enough base or grapple to a nearby tree until it transforms back – shouldn’t take it more than 20-30 seconds. Once the smaller form wakes up, feed it another Element and continue to repeat the process until it’s tamed.

Another way of taming a Ferox in ARK Genesis is to knock it out with Boomerang or Darts. We’d, however, recommend the former method since it’s safer. You’ll need to feed it Plant Species Y, which is its preferred food.

Usually a shoulder-mounted pet, Ferox is able to detect Element in their nearby vicinity and consume it to transform into a giant and more aggressive form. While in its aggressive form, the creature gets exponentially enhanced stats, powerful attacks, and is able to scale cliffs and other structures – particularly useful when it comes to taming Magmasaur.

Lastly, you’ll need to keep an eye on its addiction. Similar to Giganotosaurus, it’ll turn against you if its addiction reaches max.