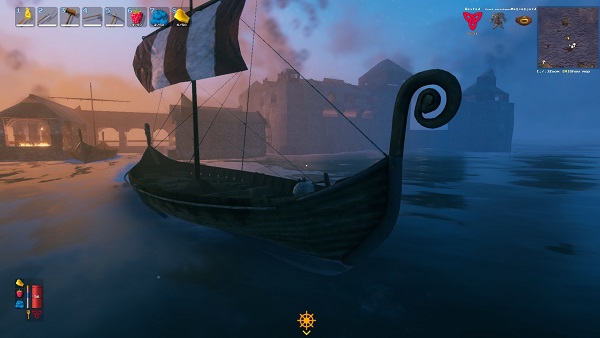 After playing valheim for a few hours you will start to realize that there are many gigantic creatures waiting for an opportunity to kill you. While these creatures are tough to beat, they are worth the trouble since they drop extremely valuable resources. The problem with some beasts is that you have to find them and that takes a bit of time. One of the most challenging creatures you will face in Valheim is the Sea Serpent. In this guide, I will explain everything you need to know on how to find and kill the Sea Serpent.

Valheim: How to Find and Kill the Sea Serpent

It should be obvious that the Sea Serpent is found at Sea. The serpent is big and moves around pretty quick which makes it harder to hunt it down and kill it. If you’re not able to find one there is nothing to worry about. The Sea Serpent has a habit of chasing down boats which means you can lure it out simply by riding your boat.

Use your longship to ride around at sea. Reportedly, the Sea Serpent has been seen along shoreline sometimes. In any case, finding him using a longboat is the best way.

How to Kill the Sea Serpent

It should be obvious that the Sea Serpent isn’t a creature you can take on using melee weapons. You need ranged weapons to kill the Sea Serpent in Valheim. Use a spear or a powerful bow against the serpent. When its health drops it will try to swim away from your longboat to heal so use a harpoon to stop it.

Use the Abyssal Harboon that is crafted using Chitin. The item is harvested from the Kraken’s head. While you are using the harpoon, make sure to avoid taking out your bow or spear as it will disconnect the harpoon cable.

Once you kill the Sea Serpent in Valheim, its meat can be picked up from the water along with anything else it might drop. It is best to keep it hooked to the harpoon and drag it to shore.