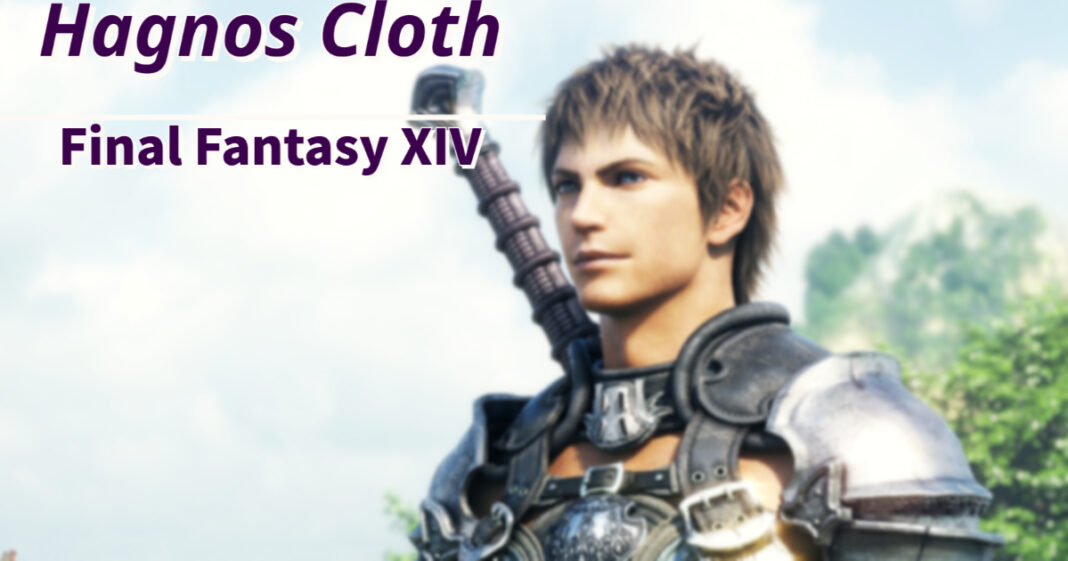 If you ask people if they care about their appearances in MMORPGs, most would say no but we know they would be lying. After all, how are you supposed to run a salon or a food establishment in FFXIV without looking the part? If looking like an elegant butler or a waiter is your thing then the Salon Server attire is for you! The recently released 6.3 patch of Final Fantasy XIV brings a lot of new content and items to the base game and Hagnos Cloth is one such item.

Hagnos Cloth is essential for the Salon Server attire. Since the cloth was added recently, you might not want to take a shortcut and go to the market board and waste your hard-earned Gil.

The new prices can be wonky at times and earning the item through exploration is much more rewarding. Crafting does not work either as the Hagnos Cloth can only be found randomly after completing any of the Timeworn Ophiotauroskin Treasure Maps.

How to Get the Timeworn Ophiotauroskin Treasure Maps?

The map themselves are not sure to be dropped every time and the only way you can get your hands on them is if you are doing the Disciple of the Land job at level 90 at least in the Elpis zone (refreshed every 18 human hours). The Shifting Gymnasion Agonon Treasure Dungeon is one of the paths the Timeworn Ophiotauroskin Treasure Maps can progress to.

You can visit the market board to purchase the maps as you might have to retry a couple of times until the Final Fantasy gods smile upon you and the Timeworn Ophiotauroskin Treasure Maps finally lead you to the Shifting Gymnasion Agonon Treasure Dungeon.

Hagnos Cloth is a rare drop and you might not get it the first time so after completing the Shifting Gymnasion Agonon Treasure Dungeon make sure to check the loot box and shift the Hagnos cloth to your inventory as other people in your party can pick it up as well. To make things civil, I suggest an agreement beforehand as to how the loot would be shared among the party members.

This is how you can get Hagnos Cloth in Final Fantasy XIV. Some more FFXIV guides that you might be interested in: