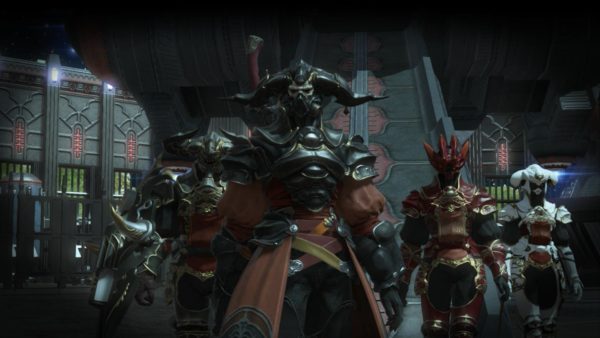 At the top of his list are Blizzard’s World of Warcraft and Diablo for FFXIV crossover. Final Fantasy XIV is fertile ground for transplanting elements from such games. While discussing the topic he also shared his desire to work on Diablo 4. It seems he is a huge fan of Blizzard’s work. Since Diablo 4 is in active development, he can try his luck and contact Blizzard to exchange ideas.

Oh, by the way, if Blizzard ever approached [me], you know, saying ‘Oh, hey, we want you to take the reins to develop Diablo 4,’ oh, I’m gonna drop everything I’m doing and I’m gonna go for it

He described himself as a “fanboy” of the series. Yoshida isn’t leaving Final Fantasy XIV behind but has a strong desire to work on Blizzard games.

The release of Shadowbringers expanded the massive world of Hydaelyn. The amount of content and story can quickly become overwhelming for new adventurers. Yoshida has some advice for new players looking to join FF XIV.

The advice that we would want to give is not to sort of getting head-heavy and like input a lot of information into your mind before starting because Final Fantasy XIV does offer a free trial that people can try out. Rather than trying to get book smart about the game or have other people dictate what to do I think it might actually be best for the players to find out themselves by trying the game out.

“There is nothing to be scared about,” assured Yoshida in his interview with PlayStation Magazine. He wants to encourage players to give Final Fantasy XIV free trial a chance. The community is growing and there is plenty of content available. For MMO fans this is the right time to jump in.