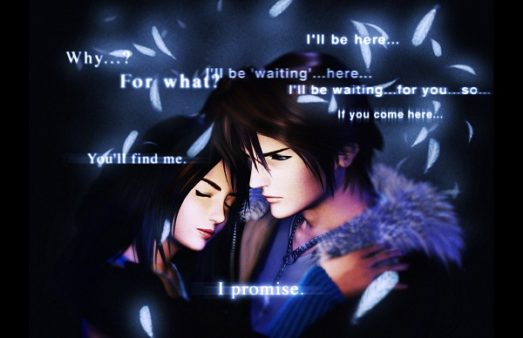 Announced during Square Enix’s E3 2019 press conference, Final Fantasy VIII Remastered is now rated by ESRB. The Entertainment Software Ratings Board gave “Teen” rating to the game.  The rating is the same as the original PlayStation release but with minor thematic changes.

This is a role-playing game in which players follow the story of fighters involved in a war for independence. Players can explore cities, interact with characters, perform quests, and battle human and fantastical enemies. Combat is turn-based, with players selecting attack moves from a menu which triggers brief animated sequences. Cutscenes also depict instances of violence and blood: a character impaled through the chest with a crystal shard; a character slashed across the face during a swordfight; blood splashes and a bleeding wound on a character’s face. The game contains some suggestive material: scenes referencing a “naughty magazine,” though no images are shown; female characters wearing low-cut or skimpy clothing that reveals large amounts of breasts/cleavage. A handful of scenes depict drunk characters slurring their speech or hiccupping; one sequence allows players’ character to buy alcohol in order to obtain an item—after drinking, a character says, “Whoa…(hic) I’m totally wasted…”). The words “a*s,” “bastard,” and “b*tch” appear in the dialogue.

Final Fantasy VIII is releasing on PlayStation 4, Xbox One, Nintendo Switch, and PC later this year. It marks the 20th anniversary of the franchise but it’s without a release date for now.

The remastered version of the game comes with better character models and animations. We aren’t yet informed with the gameplay improvements. But the title will come with extra features such as:

For more on Final Fantasy, stay-tuned to RespawnFirst.