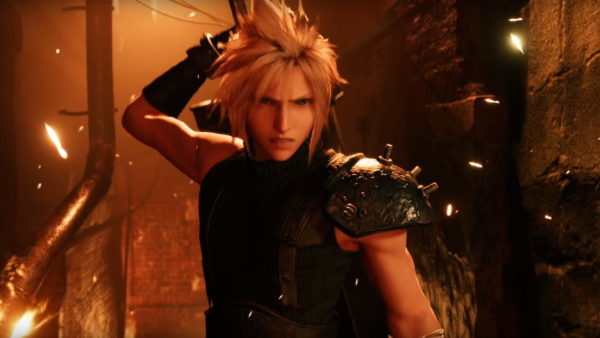 Final Fantasy 7 is one of those games that gamers adore, the expectations or hype around the upcoming remake are through the roof and Square Enix has to live up to them. With that in mind, here is everything we know so far about the upcoming game. Also, check out our Everything We Know About Final Fantasy 16.

Currently, Final Fantasy VII Remake is only set to launch for PlayStation 4.

Final Fantasy VII Remake’s development has been a rocky one. The game was announced at E3 2015 and after that Square Enix remained silent for a few years.

The game initially was not being developed by any Square Enix studio but, was outsourced to an outside studio. Eventually, after the studio failed to make any progress, Square Enix shifted development in-house in 2017 and completed the development on the game.

Like Final Fantasy 15, the upcoming remake also features real-time combat instead of turn-based. However, for the remake Square Enix has made some changes.

While it does feature a real-time combat system but Square Enix has smartly integrated it with a system in which you can control any character in your party, while in combat. You can control the actions of your party members to help Cloud in combat.

Not only that, the remake also features “Classic” mode which will be more familiar to the fans of the original game. The classic mode allows players to choose abilities on the go.

In standard modes, the ATB Gauge fills up by repeatedly attacking your enemy, but in Classic Mode this aspect of gameplay is handled automatically.

The player does not need to do anything and the character fights automatically, charging up their ATB Gauge.

The original Final Fantasy 7 is not a small game as it’s packed with content and secret bosses. However, the upcoming remake isn’t the full game and only features the Midgar section.

However, this wasn’t done to chop the content and sell it at an additional price but, the developers have packed the remake with so much content that they could only get the Midgar section of the game complete in time. According to the producer:

If we were to try to fit everything from the original into one remake installment, we would have to cut various parts and create a condensed version of Final Fantasy 7,” he said in 2015. “We knew none of you would have wanted that

But, it remains to be seen if that is truly the case and we have to wait for the game to launch. According to Square Enix, the second installment or episode is already in development.

Not An Exact Remake

FF7 Remake isn’t a one-to-one remake of the original game. Instead, the developers have changed the story a bit in the remake. However, the director Tetsuya Nomura did confirm that the main plot points will remain unchanged.

I want to make it so it’s relevant to the modern era, as well as having an element of surprise.” He says. “I don’t want to change it so much that it’s unrecognizable, but make sure that it’s something fresh and new [yet still] recognizable as FF7.

It’s not clear if FF7 Remake will launch for other Xbox One and PC. But considering, FFXV launched for all three platforms, the remake might also come to Xbox and PC.

Considering there are rumors that Final Fantasy VII Remake is a timed PS4 exclusive, there is a chance that it might come to PC, Xbox One and possibly next-gen consoles in 2021.

That is everything we know so far regarding the upcoming remake of Final Fantasy VII Remake.