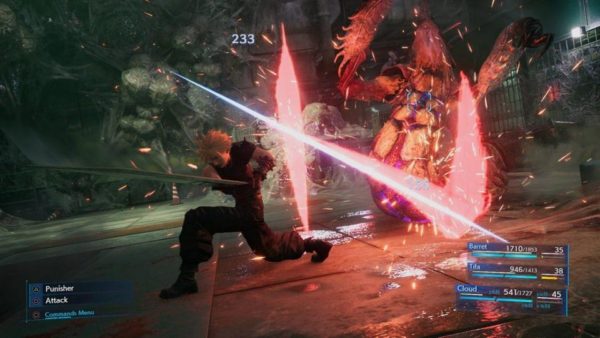 There are 26 side missions in Final Fantasy VII Remake. You can find side quests for other chapters on the Wiki page of FF7 Remake.

Weapons on a Rampage

Your objective is to beat 5 pieces of armor. Speak with the Scared Man to get the side mission and then go North to the scrapyard areas which we used to enter the Sector 5 Slum. The armor pieces called Mark II Monodrives are pretty hard to beat. You will find them in groups, take them down and come back to the Sacred Man.

You need to complete the “Weapons on a Rampage” side quest first. The objective of this side quest is to get the Graveyard Key and beat 3 Venomantis at the Slum Public Cemetery. The Graveyard Key is available from Moggie in the Children’s Secret Hideout. Buy it for 1 Moogle Medal. The next objective is to head to the Slum Public Cemetery and take down 3 Venomantis. Head back to the Old Man to complete this side mission.

You need to find 5 children to complete this side quest. Speak with Ms. Folia and she will ask you to find 5 chickens for her.

Once you have all the kids come back to Ms. Folia to get the next part this Final Fantasy VII Remake chapter 8 side quest. The kids will tell you there is a monster near their secret hideout. Go to the location and kill the “Toad King.”

Speak with Sarah to get this side mission. Your objective is to get at least 10K points on the Whack-A-Box which is a mini-game in FF7 Remake.

Angel of the Slums

Speak with Damon to get this side mission in FF7 Remake. Go in the community center which is the structure next to Damon. Only speak with Mireille on the entrance. She is dressed as an explorer. If you don’t see her, speak will all the old people who’ll guide you to her. Speak with her and go back to Damon. Go to the Lookout Point at the northeast side of Sector 5 Slums.

Here you will face a Chromagger that you need to take down. In the area where you beat the boss, you will see a desk with a  calling card on it. Pick it up and head back to Damon.

These are all the side quests in Final Fantasy 7 chapter 8.