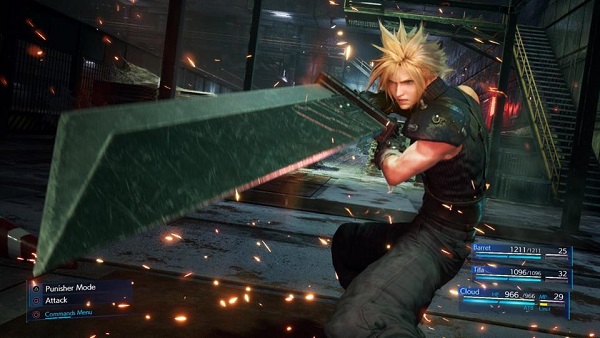 We were able to find 9 odd jobs in Final Fantasy 7 Remake Chapter 14. This is 3 more than Chapter 3 and Chapter 8. The first side quest we will discuss is Chocobo Search which takes place in the Sector 5 Slums.

Speak with the Stablehand to get this side mission in FF7 Remake. Your objective is to find 3 Chocobo in the area.

As mentioned you will have to find three of them for Sam’s Delivery Service. Head North past the graveyard, this is the area where you swung across the monkey bar as part of the story. You will see the Chocobo quite easily but before you can use the Greens to lure it, you’ll be attacked by a Rust Drake. Beat the Rust Drake and send the first Chocobo home.

Head north of the train station in the Sanctuary Way. The Chocobo will be in plain sight. Give it the Greens to send it back home and complete the second part of this FF7 Remake side quest.

The final Chocobo is at the sector 6 slums; Collapsed Expressway Old Bypass area. Unlike the second Chocobo, you will have to fight for this one. There are three Trypapolis in this location.

To unlock this side quest you need to complete the “Kids on Petrol” side quest in Chapter 8. Speak with Ms. Folia, she will ask you to find the missing kids. Go northeast from the Sector 5 Slums to the Slum Public Cemetery. You will find Oates, speak with him to trigger a fight with two phantoms. Takedown the phantoms to end the side quest. You can also grab the “Spirit Siphon” enemy skill from this location.

You basically need to complete another side quest to get the item required for this side quest. Complete Tomboy Bandit odd job to get the Corneo Vault Key from Kyrie and Corneo Vault Note from the Guardian Angel. Now we can head off in search of 3 hidden stashes.

During your time in the game, you may have come across extensive decorations, the stashes are behind these decorations. The first stash is in the Steel Mountain section near the Chocobo fast travel point. Open the gate with red and golden signs on it and look the chest behind it.

The next stash is at the Collapsed Expressway where the Chocobo fast travel point is. Go in the tunnel and take the left at the fork. Look behind the locked gate with the same red and golden sign on it. Very easy to spot.

The final stash isn’t found until you reach a certain point in Chapter 14. You reach the location but the water is blocking the path but once you beat Abzu Stoat you’re supposed to follow Leslie up the ladder. However, interact with the console to drain the water instead of following her.

Speak with Johnny to get the side mission in Final Fantasy 7 Remake. Now head to the church and speak with Kyrie.  She will ask you to beat the Shinra at the Colosseum in Wall Market and choose the Special Match at the Gatekeeper. Once you win speak with Kyrie at the Church to get the Corneo Vault Key.

Speak with the Doctor in Chapter 14 to get this side quest in Final Fantasy 7 Remake. You need to get three different components.

Speak with Wymer in Chapter 14, and he will ask you to take down a Type-0 Behemoth. Go to the underground lab next to Wymer and beat the Type-0 Behemoth and return to Wymer. You will find the enemy in the Underground Lab – B5.

The Power of Music

Speak with Betty to get the side mission who wants you to get some music disks.

Speak with Madam M during Chapter 14 in Sector 6 Slums. You need to go to Aerith’s house and beat the Tonberry. Go to the location and beat the enemies to complete this side quest in FF7 Remake Chapter 14.