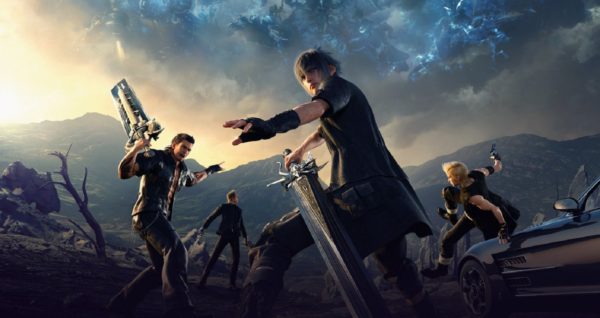 Final Fantasy XV launched with great critical and financial reception. The team behind the game has moved on to their next project which is most probabaly Final Fantasy 16.

Everything We Know About Final Fantasy 16

Square Enix is focused on Final Fantasy VII remake as the studio shifted it’s development in-house after it was left in hiatus for years after its announcement at E3 2015.

However, the team behind Final Fantasy 15 has moved to their next project. While they haven’t revealed the project but, it’s highly likely that it’s Final Fantasy 16.

However, expect the game to also launch for Xbox One X and PlayStation 4 Pro. As for the release date, we will keep you updated as Square Enix announces it.

Final Fantasy 16 is nowhere near to its launch. However, here are bits and pieces of what the developers have hinted about the game and what can we expect from it.

Not An MMO
Despite its shaky launch, Final Fantasy XIV is one of the most successful MMO for Square Enix. With Final Fantasy 14 doing so well, it’s likely that Square Enix won’t jeopardize its player base with another MMO. So, Final Fantasy XVI won’t be an MMO and will be a single-player experience.

Besides, game director Naoki Yoshida also hinted at PS5 and Xbox Scarlett enhancements for Final Fantasy 14. Meaning, Square Enix intends to support the MMO for a long time which rules out the possibility of FF16 being an MMO.

A World Of Fantasy
I really enjoyed Final Fantasy XV, however, the game’s world was a mixture of technology and Fantasy. Fans raised concerns over the prominent use of mechs and armed soldiers.

Seems like Square Enix has heard the fans of the franchise as the studio hinted that Final Fantasy 16’s world will feature more fantasy and won’t use mechs at all. According to FFXIV director Naoki Yoshida:

Huh? Hmm, you guys are asking some tough questions [laughs]. That’s funny, I thought FanFests were supposed to be fun, but here we are with this super hard question [laughs]. First, if you’re asking whether the Final Fantasy series will get another MMO soon, I think the chances are unlikely so long as Final Fantasy XIV is doing well. On that note, personally speaking, I’d like to see a Final Fantasy that is straightforward fantasy, one that doesn’t have much machinery, and with no mecha in it. After all, we’re having trouble with the Garlean Empire being too powerful. Ah, okay, that was a bad joke [laughs].

Choices With Consequences
Linear story-telling is an incredible way to deliver an excellent experience. However, letting players make their own choices in the game and suffer consequences makes the experience more immersive.

The majority of the developers have adopted this approach to their open-world RPGs even Assassin’s Creed Odyssey has multiple endings depending on player choices.

It’s time for Square Enix to join the club and it’s highly likely that Final Fantasy XVI will not only be open-world but will also feature a branching narrative that will unfold based on the player choice.

Final Fantasy franchise continues to grow and isn’t showing signs of slowing down. Over the years, Square Enix has introduced many innovations to the franchise. With that in mind, here is my wishlist of features I would like to see in Final Fantasy 16.

I for one enjoy real-time combat but, that’s not the point. A lot of hardcore fans raised concerns about being left out as they enjoy turn-based combat. Both combat systems have their advantages and disadvantages and we’ll discuss both of them.

With real-time combat system in Final Fantasy XV was a breath of fresh air, however, Square Enix needs to further refine it. The combat systems need to be much more fluid-like combat in Assassin’s Creed Odyssey and NieR Automata.

This means Final Fantasy 16 has to feature a combat system that features an elaborate combo system, fluid animations. As much good the FFXV’s combat was, it was clear the game started its life as an Xbox 360, PS3 title and many aspects of the game reflected that.

However, the turn-based combat system gives tactical options to players and the majority of fans enjoy it. The excitement of thinking two steps ahead of your enemy and planning your attacks can’t be replaced by a real-time combat system.

But, turn-based combat has an element of unrealism as enemies don’t wait around while you decide which attack you want to use against them. For me, this breaks immersion and would prefer Square Enix to continue the franchise with a real-time combat system.

With, Final Fantasy 7 Remake also featuring real-time combat, it seems likely that Square Enix will stick with the current combat system for a foreseeable future.

A Dense And Diverse Open-World
A bigger open-world doesn’t equal a better open-world which is quite evident from countless video games that prioritize bigger game world over a dense one.

With Final Fantasy 16, I would like Square Enix to focus on a dense game world full of meaningful content which doesn’t become a chore to get across.

This is what we know everything so far about Final Fantasy 16 and what features I would like to see in the game.