RespawnFirst
Home Guides God of War: Ragnarok How To Fight Secret Dragon Boss The Everlasting In God Of War:... 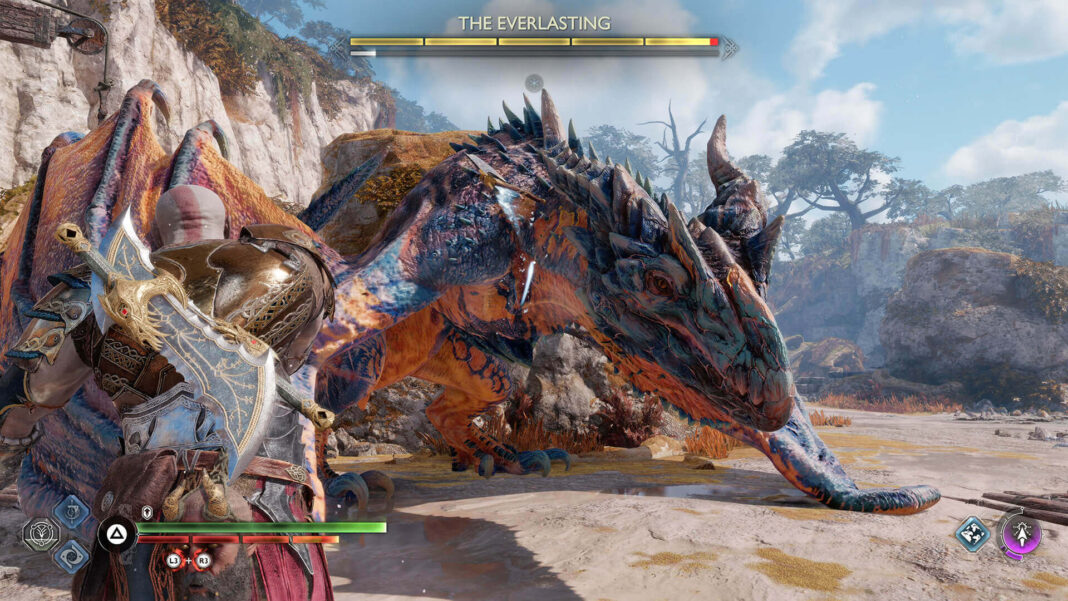 The Everlasting Secret Dragon In God Of War: Ragnarok

To take on the secret dragon, you first need to progress the main story to the point where you unlock the spear. Once you have it, you will also need the Mystical Heirloom Relic. You can find it in The Lake of Nine in Midgard. The exact location is shown in the image below:

Here you will find a cluster of ice that you can break with your spear. Do that and progress forward via the new path that you unlocked and you will find the Mystical Heirloom Relic. This relic can be used to awaken sleeping trolls but it can also be used to summon The Everlasting secret dragon boss.

Where To Find The Everlasting Secret Dragon Boss

The boss can be found in Dragon Beach in Svartalfheim. If you have done the side missions then chances are that you have already been here. You need to head over to the huge dragon statue and use the Mystical Heirloom Relic. This will awaken the dragon allowing you to fight it.

The Everlasting is a very challenging boss, so we recommend fighting it towards the end of the game if not after you finish the main storyline. Be sure to bring your best gear in order to make things a bit easier.

This is how you can fight The Everlasting secret dragon boss in God of War: Ragnarok. If you are interested in learning more then you can check out our guide on how you can find the Queen of the Valkyries, Gna.