Home Guides How to Do First Time Spin in FIFA 22 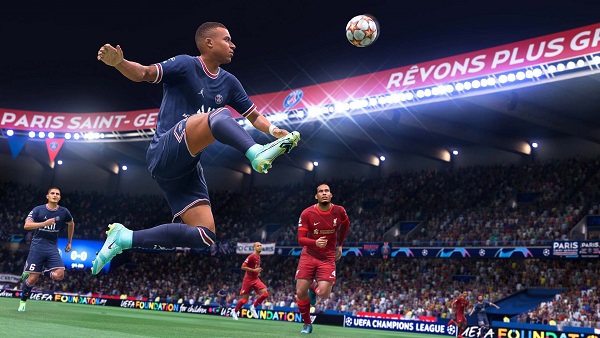 The First Time Spin is a five-star skill move newly added into FIFA 22. This move allows your player to turn at a 360-degree angle when receiving the ball to dribble it with the inside foot. The First Time Spin is a situational move but gives you an edge in most circumstances. As soon as you have received a pass from your teammate inside the penalty box, this is when you can perform a quick shot. In this guide, we have explained how to properly perform the First Time Spin in FIFA 22.

This is how you can perform First Time Spin in the latest iteration of FIFA. These are the keys to perform it:

First Time Spin in the game is also tied to a trophy/achievement in the game. For people who love to hunt trophies/achievements, this may prove a little tough. Another new addition to FIFA 22 which has been received well is the ability to Explosive Sprint. This sprint maneuver can be used by both attackers and defenders. Check out the linked guide for more info. on it.

This is everything that you need to know about performing First Time Spin in the game. For more help on the game, be sure to check out our detailed FIFA 22 wiki page.