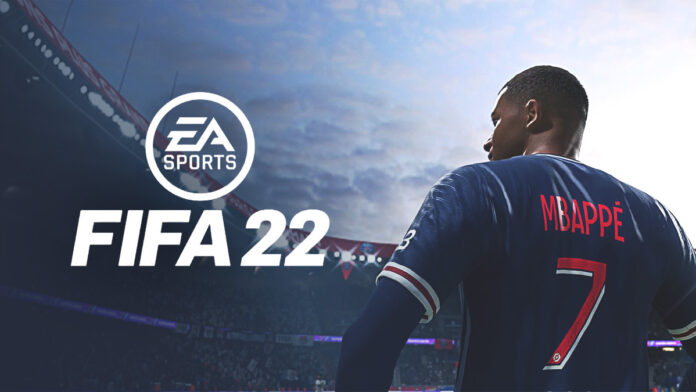 FIFA is an annual franchise and it comes as no surprise that this year FIFA 22 has launched for PC and consoles. FIFA PC version isn’t very demanding as it requires GTX 670 as a recommended GPU. Despite that, FIFA PC is facing errors and issues like DirectX error, in-game crash, DXGI Error Device Removed, controller not working, and more. Here I have compiled a list of errors and issues that PC players are experiencing along with their fixes and workarounds like how to fix FIFA 22 in-game crash, how to fix DirectX error, and more.

FIFA is a long-running annual franchise and EA hasn’t missed a single year of release in a long while. As I mentioned above, the game isn’t very demanding, partly due to it being based on last-gen versions. Meaning, PC players will have no trouble running this game at high settings.

Despite that, FIFA 22 PC is facing errors and issues like DirectX error, in-game crash, DXGI Error Device Removed, controller not working, and more. The following are the errors that PC players are experiencing with the game along with their fixes and workarounds.

FIFA 22 PC players are reporting in-game crashes while playing and here is how to fix it. One reason for the game to crash is the use of third-party software like discord, MSI Afterburner, or RGB software in the background while you play. This can cause FIFA 22 to crash. Disable any such software if you using it and also disable Steam in-game overlay, Origins in-game overlay, and GeForce Experience overlay.

The GPU driver can also cause the game to crash if it’s outdated. Update or reinstall the GPU driver and make sure to do a clean installation to fix the in-game crash.

As I mentioned above, FIFA 22 isn’t a very demanding game but the GPU can be a potential culprit behind the in-game crash. Either the GPU is overclocked or isn’t powerful enough to handle the game’s load.

If the GPU is overclocked, revert it to its default GPU clock. If the GPU isn’t overclocked, then it is possible that your GPU is old or not handling the game’s load really well. In this case, use MSI Afterburner and reduce the GPU clock by 100 MHz or lower the graphics settings. Alternatively, players can lock the game’s max FPS to reduce GPU and CPU load which will stop the game from crashing. Open Nvidia Control Panel > Manage 3D Settings > Program Settings > select Fifa 22 from the list. Enable Max FPS Limit and set the value for the max FPS. It’s a bit of trial and error to find at which value the game becomes stable and stops crashing while playing.

Also, if you are using an Xbox controller then download XBOX Accessories from Microsoft Store and update the controller firmware. Players have reported that doing this has fixes FIFA 22 DirectX error.

In case the controller is still not working with the game, then right-click FIFA 22 in Steam library > under “Steam Input per-game Setting” select “Forced Off” and press Ok. This should get the controller working.

PC Players are reporting that FIFA 22 is crashing at launch and here is how to fix it. Before we start with the fixes, make sure you are trying to play FIFA 22 on Windows 10 64-bit which is the only operating system the game supports.

Your anti-virus is possibly blocking the game from launching. Players can disable real-time protection or exclude the game’s folder altogether and I recommend the latter. After that, verify the game files. Launch FIFA 22 and it won’t crash at startup.

Right-click FIFA 22 in Steam > Manage > Browse Local File. A new window will open, locate the game’s exe and launch the game through it. Chances are, players will get an error similar to “vcruntime140_1.dll or MSVCP140.dll Was Not Found”. Players can fix the error by installing the latest Microsoft Visual C++ Redistributables both x64 and x86 versions.

According to FIFA 22 PC players, the game is crashing with getdeviceremoved error. Reportedly, this error occurs if you have underclocked your GPU. Make sure that is not the case and the error will be fixed.

That is all for our FIFA 22 fixes for errors and issues like in-game crash, DirectX error, DXGI Error Device Removed, controller not working, and more. If you are facing errors and issues with other PC games or your PC then also see our hub for commonly occurring PC errors and their fixes.