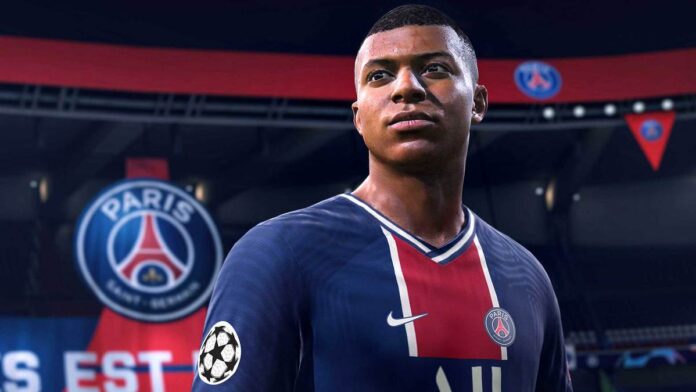 FIFA 21 PC is facing errors and issues like the crash at launch, stuttering, Can’t Create FUT, Reinstall Error, in-game crash, DXGI Error Device Removed, Controller Not Working, and more. Here I have compiled a list of errors and issues that players are experiencing with FIFA 21 along with their fixes and workarounds.

FIFA 21 has finally launched for PC and consoles. While the latest game does bring some improvements but, not enough to get players to play $60 upfront.

On top of that, FIFA 21 PC version is facing errors and issues like the crash at launch, DXGI Error Device Removed, the game not working on AMD Phenom II CPU, Can’t Create FUT, Reinstall Error, in-game crash, and more.

The following are the errors and issues with FIFA 21 PC along with their fixes and workarounds.

FIFA 21 players are reporting that the game is crashing randomly while playing. There are multiple reasons for the game to crash and here are the fixes.

One reason for FIFA 21 to crash is the use of third-party tools and software like MSI Afterburner. Diable any third-party software you are using even if it’s an RGB software along with Steam overlay and GeForce Experience overlay. This will get the game working without crashing.

Another reason for FIFA 21 to the crash could be your GPU. It’s either overclocked or the GPU is old. If the GPU is overclocked, then revert the GPU clock back to its default GPU clock using MSI Afterburner even if it’s factory overclocked.

If the GPU is old or you don’t want to mess with the GPU clock, then players can lock the game’s FPS to reduce GPU load. Open Nvidia Control Panel > manage 3D Settings > Program Settings > select Fifa 21. Turn on “Max FPS Limit” and set the value to 30. This will lock the game at 30 FPS and will reduce GPU and CPU load.

Doing this will stop the game from crashing. If you don’t want to lock the game at 30 FPS then you can reduce the graphics settings to be able to play at 60 FPS without in-game crashes.

PC video games are no stranger to performance issues and FIFA 21 players are reporting low FPS and stuttering issues. Here is how to fix stuttering and low FPS in FIFA 21.

First, make sure you have installed the latest GPU drivers. Open Task Manager and check if there is any process using too much of your CPU, GPU, or HDD. Wait for the process to end if it’s taking too long then terminate that process.

Apply these settings and these will not only fix the stuttering issue with FIFA 21 but will also boost FPS.

This is another one of the FIFA 21 errors that players are experiencing. According to players, the game crashes while playing with the DXGI Error Device Removed error.

The reason for FIFA 21 to crash with DXGI Error Device Removed error could be your GPU. If you are playing the game at unlocked FPS, then lock the FPS and the issue will be fixed.

If the issue is being caused even if the game is locked at 60 FPS, then the GPU is the issue here. First, try updating your GPU drivers.

In case the error persists, either the GPU is overclocked or is old. Revert the GPU back to its default GPU clock even if its factory overclocked. If you don’t want to mess with the GPU clocks or if the GPU is old, then players can try capping the game at 30 FPS. This will reduce the GPU and CPU load and will stop the game from crashing with DXGI Error Device Removed error.

A lot of players are reporting that they are unable to play the game as it doesn’t even launch on their AMD Phenom II processor. This is because the game doesn’t support AMD Phenom II as it’s a very old CPU and lacks certain instruction sets that FIFA 21 needs in order to work.

Those of you using AMD Phenom II CPU have to upgrade their processor in order to play the game.

FIFA Ultimate Team is the game mode that players but these games for. However, some players are reporting that they are unable to enter the FUT mode in FIFA 21.

This is a bug with the game that occurs when players have connected the system to a specific WiFi connection. Switch to another internet connection and the issue will be fixed.

A lot of FIFA 21 PC players are reporting that they are unable to play the game after installing it as they are getting an error telling them to reinstall the game. The following is the FIFA 21 error that is not letting players play the game.

There is a problem with your game’s setup. Please reinstall your game.

The fix for FIFA 21 reinstall error is quite simple. Just install the latest Visual C++ Redistributables both x86 and x64 versions. This will fix the errors and players will be able to play the game.

FIFA 21 players are reporting that the game is crashing at launch or not starting at all. There are multiple reasons behind the FIFA 21 crash at launch issue and here are the fixes.

For those who are facing the crash at launch issue on Windows 7 and 8, you are out of luck as the game only supports Windows 10. Upgrade your OS and the issue will be fixed.

Another reason for FIFA 21 to crash at startup is the lack of admin rights. Right-click the game’s exe > properties > Compatibility tab > check “Run This Program as administrator” and hit apply. This will get the game working without any crash at launch.

If FIFA 21 is till crashing at launch, then go to your Steam library > right-click FIFA 21 > properties > Local Files tan > click “Browse Local Files”.

A new window will open and launch the game directly from its exe file. Chances are players will get an error similar to “vcruntime140_1.dll Was Not Found”.

In that case, players just need to install the latest Visual C++ Redistributables both x86 and x64 versions.

Alternatively, players can download the missing file from the internet and place it in the game’s install folder. This will fix the FIFA 21 crash at launch issue.

One solution for both of these issues is to disconnect other USB devices like joysticks and other devices. This will get the controller working with the game.

If the controller is still isn’t working for the game. Then right-click FIFA 21 in Steam library > under “Steam Input per-game Setting” select “Forced Off” and press Ok. This should get the controller working.

In case the controller is still isn’t working, then go to Steam > Settings > Controller > General Controller Settings. Check “Generic Gamepad Configuration Support” if you are using a third-party controller.

If you are using an Xbox or DualShock controller then check the “Xbox Configuration Support” or the PlayStation option for Dualshock 4. This will get the controller working in FIFA 21.

That is all for our FIFA 21 fixes for errors and issues like the game not working with AMD Phenom II, in-game crash, controller not working, Can’t Enter FUT, and more. If you are facing errors and issues with other PC games or your PC then also see our hub for commonly occurring PC errors and their fixes.