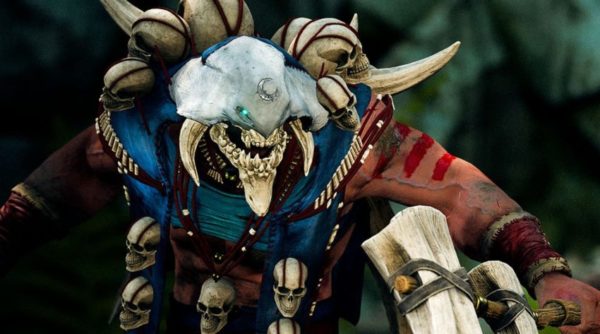 Fault PC is facing errors and issues like Fatal error, crash at launch, error code: REZZ_Win64_Shipping, controller not working, and more. Here I have compiled a list of errors and issues with the game along with their fixes and workarounds.

Fault is an online battle arena game currently in Steam Early Access. Given that the game is in early access, it’s quite faulty, pun intended, and PC players are facing errors and issues like Fatal error, crashes, stuttering, and more.

The following are the Fault errors and issues that PC players are experiencing along with their fixes and workarounds.

Fault PC players are reporting that they are unable to play the game due to the Fatal Error. Here is how to fix Fatal Error.

For AMD GPUs, open Radeon Settings > Preferences > Additional Settings > Power > Switchable Graphics Application Settings. Select the game and select the “High-Performance profile” to the game under Graphics Settings. This will fix the game running on the integrated GPU issue.

If the Fatal error is popping up on your PC then the one reason could be the OS. Make sure the OS is updated and the error will be fixed.

If the GPU is old then reduce the GPU’s clock speed by 100 MHz. Ideally, you won’t have to reduce it more than 200 MHz to fix Fatal error.

In case you don’t want to mess with the GPU clock speed then you try limiting the game’s max FPS. This will reduce the GPU load and potentially fix the Fatal error. open Nvidia Control Panel > Manage 3D Settings > Program Settings > select the game. Look for the “Max FPS Limit” option, enable it. As for the Max FPS value, this is a bit of trial and error to find which value will stabilize the GPU to fix the Fatal Error.

Performance is a common issue with PC video game and given that Fault is currently in Early Access, the game has some serious FPS and stuttering issues. First, install the latest GPU drivers and check for any background process using too much CPU, GPU, or HDD.

Fast Sync will not work if you have enabled Max FPS Limit. Fast sync will not only fix stuttering but, will also provide aa potential FPS boost.

This is another Fault error that PC players are experiencing. According to players, when they launch the game, they get the following error.

The issue might be the anti-virus/Windows Defender blocking the game’s exe. Either disable the anti-virus or exclude the game’s folder from it. After that, verify game files from Steam. Launch the game and the error will be fixed.

A lot of players are reporting that they can’t play Fault as it crashes at launch, doesn’t launch at all, or crashes randomly. Here are a few fixes.

One reason for Fault to crash at launch is the lack of admin rights. Right-click the game’s exe > properties > Compatibility tab > check “run this program as administrator”. Apply the change and launch the game. It won’t crash at launch.

Another possibility could your anti-virus/Windows Defender blocking the game. Fix it by either disabling the anti-virus or exclude the game’s install folder from it. After that, verify the game files and the issue will be fixed.

If the above fixes didn’t work for you then a third-party software or tool like MSI Afterburner might be causing Fault to crash. Disable any third-party tool or software you are using and it’ll fix the issue.

Open Steam and navigate to Steam > Settings > Controller > General Controller Settings. There will be multiple options, if you are using an Xbox controller then check “Xbox Configuration Support” and if Dualshock 4 then check the PlayStation option. Press ok then launch the game and the controller will start working.

As for configuring the controller, follow the steps above but select the “Generic gamepad” and press ok. Launch the game and press “Shift + Tab” and select the “Configure controller” at the top right and configure it to your liking.

That is all for our Fault fixes for errors and issues like Fatal Error, controller not working, stuttering, error code: REZZ_Win64_Shipping, and more. If you are facing errors and issues with other PC games or your PC then also see our hub for commonly occurring PC errors and their fixes.