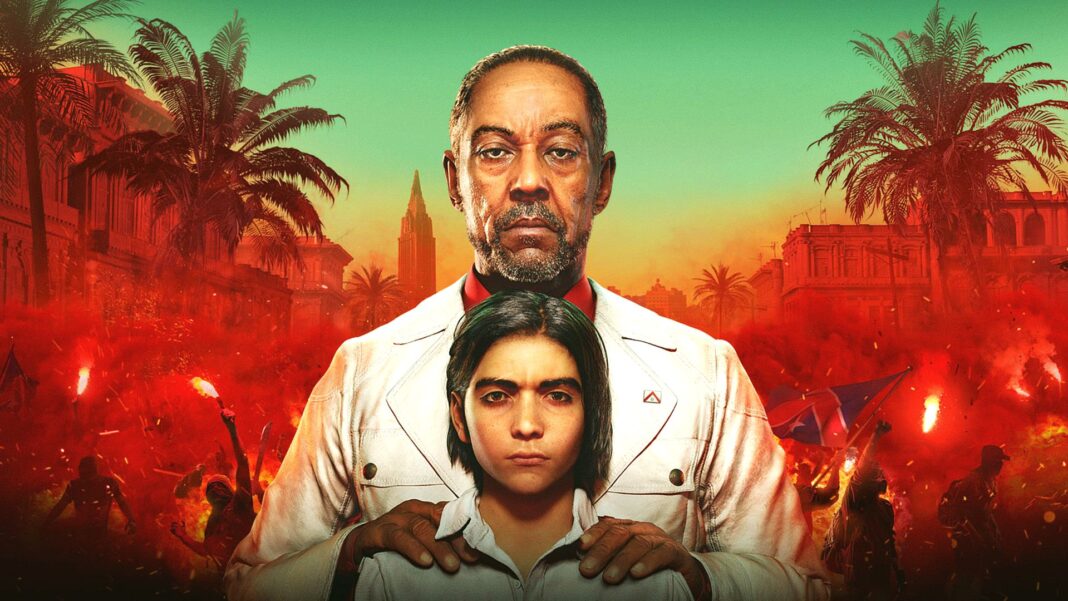 Far Cry games have known to have a serious storyline with some wacky moments and Far Cry 6 is very similar in nature. You get the serious villain who is the main guy that you need to take down. Just like previous villains the performance of Giancarlo Esposito (Antón Castillo) is on point. There is no denying that Castillo is a great addition to the long line of great villains in the Far Cry series. Castillo might not be the best, or best utilized but he is definitely an excellent addition to the game.

Castillo is evil and when I say evil, I mean really really evil. I am not going to give away any of the story, because why read about it when you can play it? All his scenes are captivating AF and the guy knows how to hold your attention. You are really going to hate Castillo as you progress through the game. That is going to give you purpose as to why you are blowing stuff up.

The story is impressive and you feel immersed until the end which I find a major plus seeing how I left Far Cry 5 in the middle and have not bothered to touch it ever since. I think Ubisoft has learned a lesson here and the player engagement is much better this time around. The characters might seem a bit too stereotypical but the journey is pretty great and there are plenty of twists and turns that will surprise you. There are character deaths as well but I am not giving away any names!

Now I know that calling Far Cry 6 the best in the series is going to be controversial, so I am calling it the “all-round best”, as it does fix multiple issues that previous games had. That does not mean that it does not have issues of its own. The new inventory system for one is not all that great and I can see how some fans of the franchise might be a bit fussy about it. This could be improved upon further.

Fans of older games will be surprised to learn that there is no skill tree. But there are weapon mods and gear that have different perks, Which can come in handy. The catch here is that to get said weapons and gear, you need to explore and open chests. Or you can just use the in-game currency and buy the equipment that you want from the vendors. Exploration is the better option though. You are in Yara after all, might as well check out the place and what it has to offer.

You cannot save loadouts so you will need to change weapons and gear individually. That might not seem like a big deal when you are going in solo but in co-op, you cant pause the game. That is when you start seeing the problem.

This is Far Cry, so you will be taking over enemy checkpoints and bases for the majority of the game. You can either be sneaky about it by using EMPs and silenced weapons or head-on in with rocket launchers and heavy machine guns.

What are you buying the new Far Cry 6 game for? The repetitive combat cycle? Nah, it’s for the story and Yara. Yara is inspired by Cuba and is a beautiful place to start a rebellion. You are surrounded by all kinds of terrains including bodies of water, hills, forests, and all that green stuff no one really pays attention to.

This gives you an excellent playing ground to try out all kinds of different stunts like jumping off a plane or taking a helicopter out for a spin. You do need to stay clear of the anti-aircraft cannons, or you could just blow them up and not have them bother you at all. Oh, and there are plenty of animals that are out to kill you including vicious crocs. Besides the friendly one that you see in the trailer. They can come at you out of nowhere and take your leg off if you are not careful. Trust me, it has happened to me twice.

From on top, the game seems to touch on some political issues but it does not go too far in that regard and some might say that Ubisoft has played it safe. It is also worth mentioning that the game does cover some social issues and it does that pretty well.

Far Cry 6 also does an amazing job of letting you blow stuff up. The gunplay is amazing and very fluid but that is expected at this point keeping in mind how many Far Cry games have been released so far. There are plenty of traditional weapons that you can use and mod but there are some special weapons that are worth looking into as well.

The vehicles in the game are also pretty cool and they are armed so you can wreak some havoc while on the roads of Yara. The level of customization is also decent. I mean who does not like a buggy that can start flying with a flick of a switch? That is pretty cool. The game also pays tribute to older titles in the franchise. A particular mission I enjoyed had me burn down fields of tobacco with a flame thrower while Bella Ciao was playing in the background. A nice combo indeed!

The new destructive addition to the game is the supremo backpack that can deal some real damage if you want it to. There are different variants that have different functions. One can fire missiles at enemies which can come in handy if you want to blow things up. Then there is the EMP backpack that jams everything around you including alarms so enemies cannot call for reinforcements.

Furthermore, the action can get a bit repetitive for some people. Then again this is a Far Cry game and that is pretty much the formula that Ubisoft has gone with. That is something that you are going to experience in Far Cry 6 as well. So beware of that!

All things considered, Far Cry 6 is fun to play and is one of the best games in the franchise that you can play right now. Antón Castillo is an impressive baddie and taking him down is going to be a joyride that I recommend. I can see myself clocking in 100 hours in this game easily. Shitting on Far Cry might be the new cool, but at its core Far Cry 6 is still Far Cry. I’ll leave it at that!