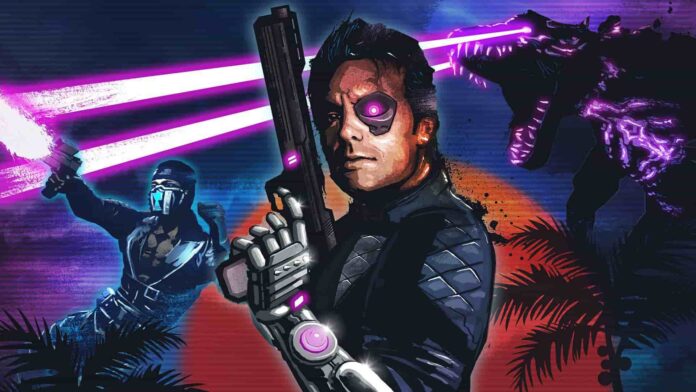 Ubisoft announced that Far Cry 3: Blood Dragon: Classic Edition, the critically acclaimed cyber-shooter brought to the next generation of consoles, will launch December 16 on Xbox Series X|S, Xbox One, PlayStation 5, and PlayStation 4. The game will be available as a standalone purchase for 15$/€ or as part of the Far Cry 6 Season Pass. On Windows PC, Season Pass holders will receive the original 2013 game.

In Far Cry 3: Blood Dragon, players jump in a 1980s-style, retro-futuristic open-world in which Earth has been ravaged by a nuclear war. As Sergeant Rex Colt, a state-of-the-art Mark IV Cyber Commando, players take on the mission to save humanity from the threat of an army of rampaging killer cyborgs, mutated scientists, metal sharks, and vicious Blood Dragons that shoot lasers from their eyes.

Concurrently to the release of Far Cry 3 Blood Dragon: Classic Edition, Far Cry 6 continues to be regularly updated with new content. Starting today, December 16, Far Cry 6 players will be able to team up with Danny Trejo in two free missions playable solo or in two-player co-op:

Players will also get access to the Danny Trejo® Bundle giving them access to new themed gear to customize their characters with, including Trejo’s signature real-life outfit and taco truck.

Led by Ubisoft Toronto, Far Cry 6 is an open-world first-person shooter that plunges players into the heart of a modern-day guerrilla revolution. On the island of Yara, President Antón Castillo vows to restore his nation to its former glory while grooming his son Diego to follow in his footsteps.

Yet, paradise comes at a cost, and enriching his country means subjugating those who don’t follow his vision. Players will take up the cause to liberate Yara as Dani Rojas – a local Yaran and military dropout – tries to escape Yara but ends up joining the revolutionary group, Libertad. As Dani, players will experience the adrenaline and chaos of “resolver” guerrilla combat, Far Cry style, with the most creative and innovative arsenal yet.

Far Cry 6 is available worldwide on Xbox Series X|S, Xbox One, PlayStation 5, PlayStation 4, as well as Windows PC through the Ubisoft Store and the Epic Games Store. Players can also subscribe to Ubisoft+ on PC, Stadia, and Amazon Luna. Throughout the holiday season, discounts up to 40% will be applied to Far Cry 6’s Standard, Gold, and Ultimate editions across all digital stores.