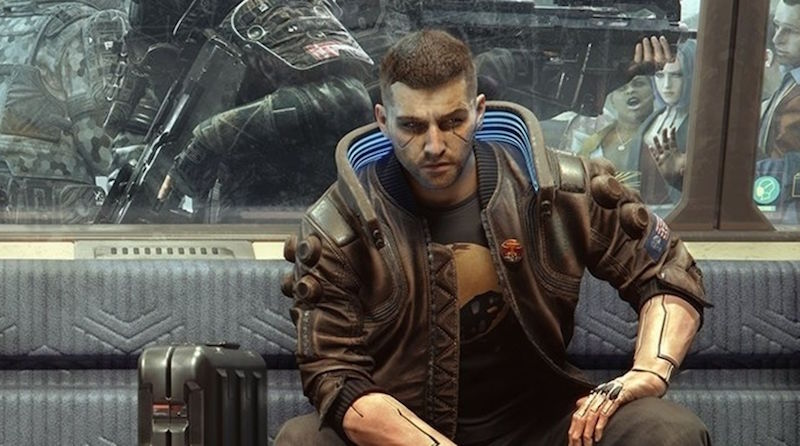 CDPR has announced that the release date for Cyberpunk 2077 has been moved from September 17 to November 19. So a little more than 2 months. This is not the first time that the game has been delayed but this is the impact of COVID-19 and the fact that CDPR does not support crunch culture.

You can check out the official development update below that mentions the new release date for Cyberpunk 2077 and why the decision to delay the game was made. 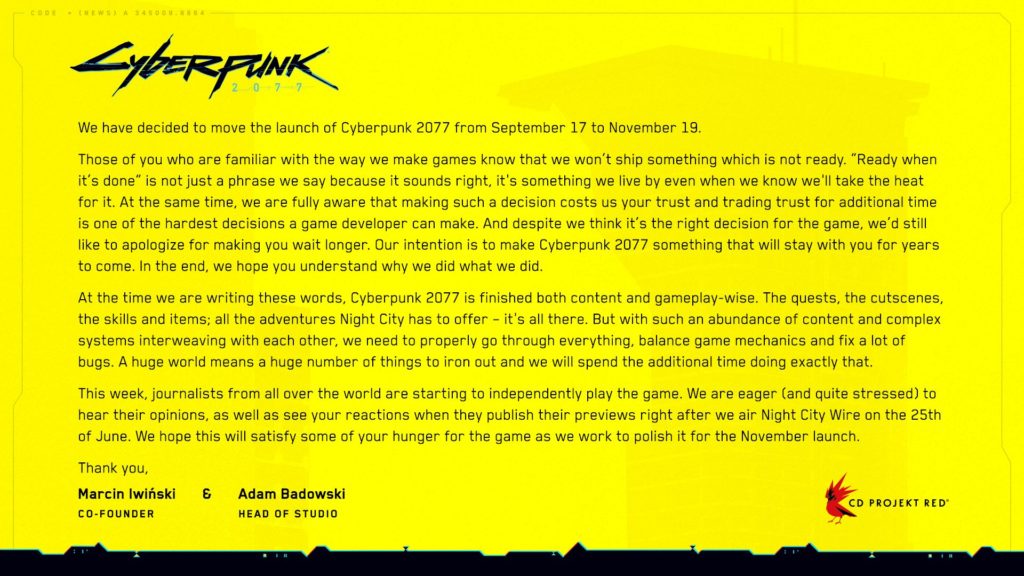 The development update has got a lot of attention. In less than a day the tweet got 55.6K retweets and 196.7k likes on Twitter. Brands and fans from all over the world expressed their disappointment but supported CDPR’s decision of delaying Cyberpunk 2077 so that the company can release a finished game that aligns with the vision of the developers.

We're here for early testing if you need us…

hey you know what just take your time, as a wise man once said : pic.twitter.com/qWxTZnSR48

Why would you think moving the launch date costs you trust? As far as I'm concerned, it increases the trust I have in you, and the quality of the upcoming game, because you prefer putting out something good, rather than throw it out as quickly as possible.

Me: Oh, ok. I understand.
Also me, buy internally: pic.twitter.com/1vpE8Qsk0I

When you accept that the delay is not bad if it guarantees a better game: pic.twitter.com/qhEf9Uwks2

Makes sense! A gamer can wait

"A delayed game is eventually good, but a rushed game is forever bad."
Plus it's only 2 months, it's not that bad.

A wiser man than myself once said… pic.twitter.com/TKyC4ZvAIv

Do what you gotta do ❤️

I'll clear my calendar for November. 💛🖤

Don't worry! We know you mean well. We'll be there in November. 😇 pic.twitter.com/1oqzvYlad2

Its ok, take your time 💜

Take your time and make it great!

I'm sure it will be worth the wait, take the time ye need ❤❤

i am fully prepared to devote my existence to playing it when it comes out, whenever y'all feel it's done and ready to ship at the quality you want to deliver it at. do your thing. ❤️💜

Take ALL the time you need. I’d rather play when the team feels it’s ready! pic.twitter.com/VA1GXVdQYQ

We can wait! Can't rush perfection, good luck with the rest of development 🙂

All good things take time.
This is always a good sign.

While it is sad that we will not be able to play the game as soon as we thought we do support the delay of Cyberpunk 2077. It would have been a great time for this game to come out with COVID-19 making life harder than it already is but we have waited so much already, another 2 months are not going to be that bad.

Update: CDPR has confirmed that people that buy Cyberpunk 2077 on PS4 and Xbox One will get upgraded to PS5 and XSX for free. The following is what CD Projekt exec Michał Nowakowski had to say regarding the matter:

I can confirm this is not the final update. At some point, we will have a more robust update for next-gen which we plan to give free of charge to anyone who purchases the PS4 or Xbox One version. But in any case you will be able to play the game on next-gen from 19th November when the game releases and it will look better than on current-gen from that moment as well.

With the game being delayed to close to the launch of the PS5 and Xbox Series X, we can hope that the game will be enhanced for the next-generation of consoles. While this has not been confirmed by CDPR, it does make sense.

Let us know what you think about Cyberpunk 2077 being delayed yet again and whether or not this changes your pre-order.