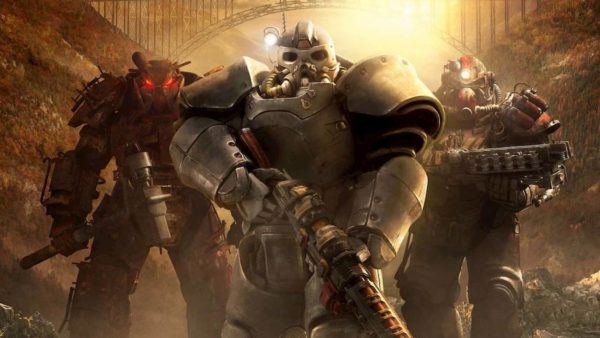 Fallout 76 Wastelanders PC is facing errors and issues like Error 4:8:2009, Error 3:0:7, the game not launching, stuttering, black screen, and more. Here I have compiled a list of errors and issues that players are experiencing along with their fixes and workarounds.

Fallout 76 has launched on Steam along with its Wastelanders expansion. Fallout 76 launched with a lot of technical issues. While most of these issues have been fixed but, PC players are facing errors and issues like Error 4:8:2009, black screen, stuttering, game crashing, and more.

According to PC players are experiencing the “The Free Trial event has concluded – Error Code [4:8:2009]” error with Fallout 76 Wastelanders.

To fix this error, navigate to “C:\Users\yourusername\Documents\My Games”. Delete the Fallout 76 folder here. Start the game but it won’t start. Launch the game again and it’ll work without the error.

This is another Fallout 76 error that PC players are experiencing. According to the players, they can’t log in and they get the Error Code 3:0:7. This is error is related to your firewall. Exclude the game’s install folder from the Firewall and the issue will be resolved.

Players are reporting that when they launch Fallout 76, the game crashes at startup or doesn’t even launch at all. Here are a few fixes and workarounds that might help you.

Go to the game’s install folder and launch Fallout 76 using its exe file. If you get an error like this one: “Missing MSVCP120.dll” or “MSVCP120.dll not found”. Then, uninstall Microsoft VC redistributable, download the latest Visual C++ Redistributealbes and install them. launch the game it should start without any issue.

Another reason for the game to crash at launch or not launch at all is the anti-virus software or Windows Defender detecting the game’s exe as Trojan. Either disable your anti-virus or exclude Fallout 76 install folder from it, verify the game file and launch it. It should be working.

Using third-party monitoring software like MSI Afterburner or GeForce Experience can cause the game to crash at startup. Disable any third-party software you are using and the game will launch.

Playing the game on outdated Windows 10 build can also cause the game to crash. Update your Windows 10 OS and the game won’t crash at launch.

As for Windows 7 users, make you have installed Windows 7 KB2533623 update and if not, download and install it.

Performance is often an issue with PC video game and Fallout 76 Wastelanders is no exception. Players are reporting random FPS drops and stuttering while playing it. Here are a few fixes that will fix the stuttering and will potentially give you an FPS boost.

First, make sure you have installed the latest GPU drivers and there is no background process using too much of your CPU, GPU, or HDD.

Launch the game and disable in-game v.sync which should fix the stuttering.

However, if the stuttering isn’t fixed then follow the steps mentioned above but set Vertical Sync to “Fast”. Launch the game, disable in-game v.sync and the game’s display mode should be set at “Fullscreen”. This will not only fix the stuttering but, will also give you an FPS boost if you have moderate enough GPU and CPU.

Players are reporting that when they start Fallout 76, they only get a back screen while they can hear the audio in the background. To fix this, launch the game and when the black screen appears, press “Alt + Enter” and the game will into windowed mode. Go to video settings, change the display mode to Fullscreen but before you apply, change the resolution to your monitor’s native resolution.

That is all for our Fallout 76 Wastelanders fixes for errors like Error 4:8:2009, crash at launch and more. If you are facing other errors and issues on your system then also check our hub for commonly occurring PC errors and their fixes.