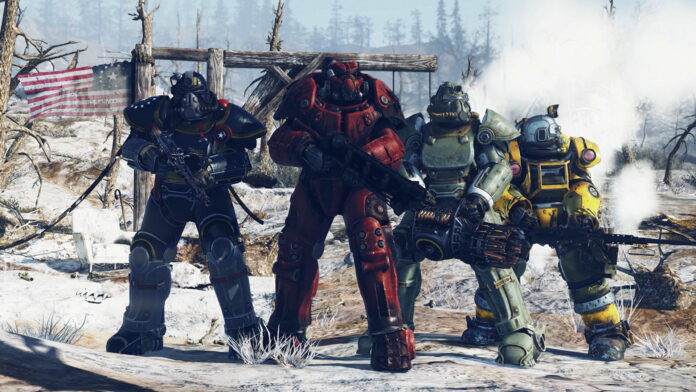 Power Armor is the ultimate armor that players can find in Fallout 76. However, players first have to find Power Armor frames scattered throughout the game’s world. This Fallout 76 guide will help players with the Power Armor Locations and how to get them.

Power Armor is the ultimate apparel in the Fallout universe and given that Fallout 76 is a strictly multiplayer game, players have to find the Power Armor first. However, once a player claims a power armor, other players won’t be able to claim it or use it even if players leave the Power Armor for a few minutes, it’ll automatically go back to the player’s inventory.

In case players manage to find one at a low level, they won’t be able to use it due to level restrictions. Players can bypass this restriction by transferring armor plates to the inventory and leaving the frame and core. In this way, players will be able to interact with the Power Armor.

Also, players need Fusion Cores to use the armor. Without the Fusion cores, players won’t be able to use its abilities. The following are the Power Armor locations on Fallout 76.

The next Power Armor is located at Aaronholt Homestead in The Forest. This a basically a few farmhouses and granary silo and a shed to the east. Inspect the shed by the road, players will see a Power Armor frame inside the shed next to the Power Armor Station. The shed is locked, players can either lockpick it or find the key to open it.

To acquire the key to the shed, go north crossing the field to the sloping hills. Players will find an open awning. Below the awning is a bathtub with a body inside it. Take the key and open the shed.

The next Power Armor is located at Point Pleasant. Point Pleasant is located in the western forest region of Appalachia. Once inside, find the store with the “Bernardo’s” sign. Hop on the green truck in front of the store and then jump on the black canopy to get to the roof. Players will find a bridge made of plywood, use it and take the right path. The power armor is at the end of the bridge.

Another Power Armor can be found at The Crosshair which is a raider camp. Go to the camp and then to the shelter area near the tower. Go left against the rocks and players will find the Power Armor stashed here.

The final Power Armor is located in Firebase LT in Cranberry Bog. This is a small military camp. Just head to the camp and players will find the Power armor.

That is all for our Fallout 76 Power Armor Locations Guide. For more on the game, also see Strength Perks Guide and How to Get the Fact Finder .44 Pistol.