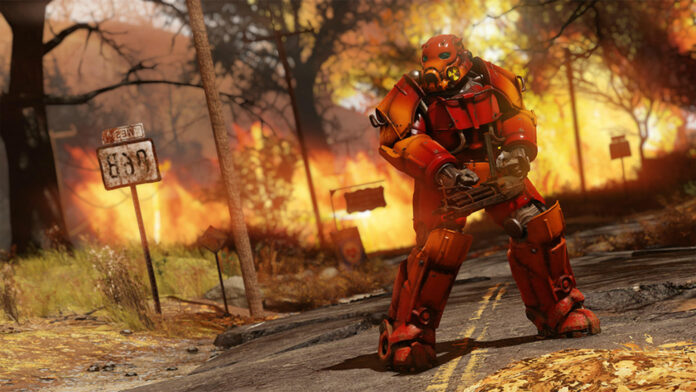 Fallout 76 is the latest in the Fallout franchise but, this time the game is multiplayer only. In this Fallout 76 guide, we will help players with the walkthrough of the I Am Become Death main quest that involves finding the Nuclear keycard and Nuclear launch Codes.

Fallout 76 I Am Become Death Walkthrough

Go to the Wellspring Bunker and then go to the Military Wing. Take a right and go through the laser grid with the “Command” label above the door. Then head upstairs and players will receive the task of using four terminals.

These terminals will take players through 4 steps of launching a Nuke. The first step is to obtain a Nuclear keycard. These are single-use keycards, meaning once used, players have to track down another one.

The second step is to obtain the Launch Codes. Players will occasionally find a Ghoul or Scorched officer with a beacon on its back that beeps loudly. There are three missile silos Alpha, Bravo, Charlie and players need to gather eight Silo codes for a specific missile silo. Then put the numbers together and use a cypher key to decode the Launch Code. Also, the deciphered code is only valid for a week.

Step three is to make their way through the missile silo and its automated defenses. These silos are the toughest areas in Fallout 76 and it’s recommended that players bring their friends or other players to survive them. As the players enter the silo, a quest will start. Complete this quest to get to the Launch console.

Go to the back of the room and use the terminal. Select Ellen Santiago’s archive and chose ‘The Code pieces’. Players will get the Fujiniya Facility password. Players can also use the Surveillance System terminal located on the southeast side of the command room to track the location of Nuclear Keycard and Nuclear Codes Peices.

Tracking either the keycard or the codes will start the Hide And Seek and Destroy quest. Complete this quest to get everything the players need.

Once players have eight Code Pieces and a Launch keycard, go to Mama Dolce’s Food processing to crack the code. Go to the southeastern side corner of Mama Dolce’s and drop behind a huge blue pipe. Head inside the hatch and use the card reader to reach the Jujiniya Intelligence Base.

Follow the objective marker to an open room with a set of tables in front of a large piece of blue machine. Use the terminal behind this machinery, put in the password to conclude the quest.

That is all for our Fallout 76 I Am Become Death Walkthrough Guide. For more on the game, also see How to Unlock T-65 Secret Service Power Armor and Wastelanders Weapons Locations Guide.