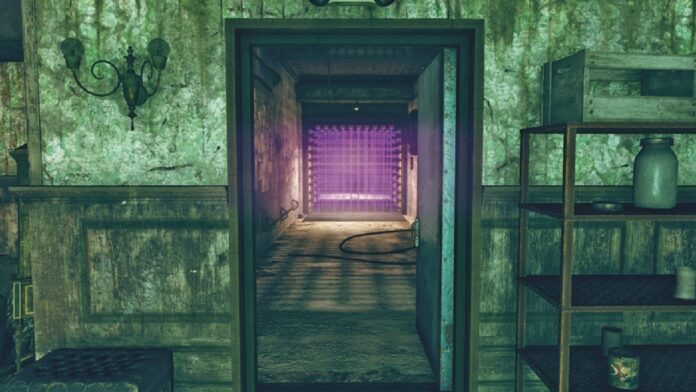 Fallout 76 being an online RPG offers a lot of content and activities. In this Fallout 76 guide, we will help players with the walkthrough of Bunker Buster main quest where players have to get inside Sam Blackwell’s bunker.

Go to the northern end of the cavern and loot the “Operation Summary – Blackwell Holotape” from the agent’s body. Listen to the holotatpe and players will learn about a Bypass Holotape.

Once inside the bunker, make your way through the bunker until you come across a laser grid. Go back to the stairs and exit the bunker’s main room. Keep to the right and go through the door and keep going until players hit a dead end in a room. Hack the terminal here to shut the laser grid.

If players’ hacking skill isn’t high enough, they can force a system restart to shut down the laser grid. From the dead-end, backtrack until players are walking on a catwalk in the center of the previous room. Walk on the air ducts and go left and press the switch on the wall.

Then go to the door on the other side of the bunker’s main room and take the first left. Activate the Air Flue Valve in the top left corner of the room above the two red lights.

Return to the laser grid room and use the hand scanner to register and gain control of the grid. There will be a keypad in the center of the room and players need the code.

Search through the file cabinets and look for “Senate Orientation Letter”, “Record of Divorce: The Blackwells”, and “Intelligence Memo – 8/16/77”. Read all three and then read “Judy’s Gone” on Sam’s terminal. One of the files in the terminal holds Sam Blackwell’s access code. Input the codes until one of them works.

After inputting the right code, and investigate the indicated painting. Players will find “Welcome To the Whitespring Holotape”. and Congressional Access Card. Listen to the holotape and the quest concludes.

That is all for our Fallout 76 Bunker Buster Walkthrough Guide. For more on the game, also see our Wastelanders Keys and Passcodes Locations Guide and Strength Perks Guide.