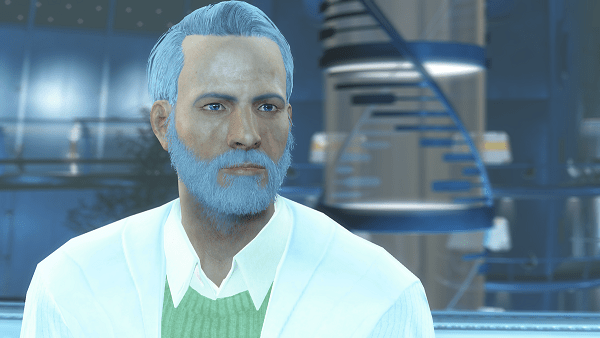 The Institute is one of the leading factions in Fallout 4. You come across this faction after completing the main quest: Institutionalized. It should be noted that siding with The Institution could mean your relationship with other factions is negatively impacted. Below is a complete walkthrough for all Fallout 4 The Institue Faction quests.

In total, there are 9 Institution quests in Fallout 4:

Objectives: Reclaim the Rogue Synth and speak with the Father.

How to Complete: Your first task for The Institution is to reclaim a rogue Synth for the Father. You won’t be alone, a Synth named X6-88 to assist you. Fast travel to Nahant township. Visit The Nahant Sheriff’s Department, it is deserted but you will meet X6-88 here.

Tip: Nahant township’s Libertalia Raider camp has loot to offer. There is a unique shotgun you can pick up and some reading material in the Captain’s Cabin.

There is a large Raider camp nearby, attack it and reach the rogue Synth’s location. You can swim to the area or summon a small shack platform from the trash boat. Climb up the shanty tower and reach the Captain’s cabin. X6-88 will give you reset codes for the Rogue Synth. You will have the following choices:

No matter what you do the mission is complete. Return to the Father and report what happened.

The Battle of Bunker Hill

Objectives: Deal with the escaped Synths, speak with the Father.

How to Complete: Speak with the Father for your next task. He will ask you to recover the escaped Synths and bring them back to the Institute. The escaped Synths are at Bunker Hill. As the name of this quest suggests, there is going to be a fight so prepare for battle if you don’t have enough supplies. Once ready, you now have to decide a few things:

The Minutemen faction has no horse in this race so whatever you do it won’t affect your relationship with them. Moreover, even if you’re not loyal to the Institue, Mankind—Redefined quest would still appear.

You can side with whoever you want but for the sake of this guide, let’s sight with The Institue. Meet up with Courser X4-18 to get some Synth recall nodes.

Tip: Use Charisma (Hard) to ask for a 3x of Synth Beacon Grenades. They allow you to summon Synths to help you. They appear at the location you throw the Beacon.

The next step is the extraction and that part depends on what faction you side with. If you are working for The Institute, fight your chosen enemies. Fight your way into the stronghold and get inside the utility basement trapdoor.

Inside you will find machine-gun turrets and more enemies. You will find the Synths in some living quarters. Depending on which faction you side with, decide what to do with the synths. Here are your options:

Once you’re done, leave Bunker Hill to complete the quest.

Objectives: Go to the directorate meeting, talk to the Father.

How to Complete: After the end of the last quest, go to the Institute and access the conference room. Debate the division heads and agree to continue helping them. Courser X6-88 is now your companion.

How to Complete: Beryllium Agitator is inside the Mass Fusion ruins. You can ask Allie Filmore to accompany you but it is completely optional. Once again, you need to decide where your loyalties are:

Relay to the Mass Fusion roof after taking care of all enemies. Go down one floor to the executive suites, and find the balcony desk near the Executive Research Lab Terminal. The desk has the Executive Lab password and Mass Fusion Executive ID.

Access the Executive Research Lab Terminal to find out the location of the Beryllium Agitator. It is inside the basement so use the elevator by swiping the Mass Fusion ID.

Tip: Find the circuit breaker in the north chamber and above your the area where you’re. Use the breaker to power the elevator, come back, and use the ID to ride the elevator all the way down to the lobby while killing as many enemies as you way along the way.

Find the room north of your current position and locate the Mass Fusion Labs key sitting on a desk. Use the key to open the adjacent chamber with a big hole in the floor. Go down the hole and continue until you reach the lobby, killing as many enemies as you can along the way.

You will face more enemies in the lobby, fight your way to the decontamination area. Access the reactor chamber. Use the interlock release and activate the agitator receptacle. Keep in mind that the robotic defenses will be triggered when you pick up the Beryllium Agitator.

Get to the outer reactor room and take care of the Sentry Bot and Protectron. Use the ID card to open the main door and kill the Assaultron. Go up the stairs and destroy another Protectron.

How to Complete: The Father wants you find a scientist name Wallace. Go to the Cambridge to Graygardens and find the homestead west of the hydroponic garden. Depending on how you handled previous quests, you will meet the following factions:

Enter the homestead and talk to Enrico Thompson. Wallace is behind the barricaded door. You can either calm him down or threaten him to come out, both options require Charisma (Medium, Hard).

Objectives: Turn on the reactor, record the broadcast, attend the directorate meeting.

How to Complete: After years underground, the Institute is ready to show its face to the world. You need to turn on the Institute’s reactor and then record a broadcast. To get started, speak with the Father and record his speech. Go to Diamond City Market and access the Diamond City Radio. Your objective is to modify the transmitter. Use the radio parts inside the crate and place them into the racks until the transmitter’s power is increased.

Head back to the Institute before going to Institute Advanced Systems. Locate the door to the reactor. If you agree with the Father, open the reactor door and activate the core. Now go to the terminal and start the reactor.

Head back to the Institute and attend the directorate meeting. Answer the questions posed by the Division heads.

End of the Line

How to Complete: Speak with the Father, he wants you to take care of Desdemona as well as the Railroad leaders. It should be clear that killing them will have a significant negative impact on your relationship with the Railroad. Go to the North End Neighborhood of Boston and find the Old North Church. Most of the Railroad leaders are under the church some may wander outside, you can use the world map to pinpoint their location.

Tip: If you had already opened the Railroad’s escape tunnel, you can enter the church from there.

If the Freedom Trail Ring isn’t activated yet, use the word RAILROAD and go through the secret entrance. Approach all Railroad leaders and complete the job.

How to Complete: It is now time to take of the Brotherhood of Steel. Your objective is to power down the Boston Airport. Speak with Doctor Li or Evan Watson and say “it’s time.” Learn the plan and take the beacons to summon Synths in case you need help. Relay to the Boston Airport and reach the airport terminal using stealth or gunfights. There are three generators you need to destroy:

Once the generators are down, a synth will go up Liberty Prime to upload the virus. Defend him as her works his magic. During the fight, if you killed Elder Maxson, you can pick up his unique weapon, Fina Judgement.

Objectives: Speak with the Father

And that’s the complete list of the Institute quests in Fallout 4 and how to complete them. Need more help? See The Institute Miscellaneous Quests, The Molecular Level walkthrough, Far Harbor side quests, Nuka World side quest, Nuka-World Radiant quests, Far Harbor Acadia quests.