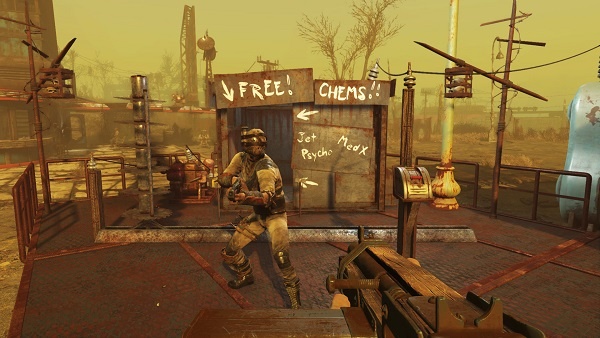 Intelligence is among the most important perks in Fallout 4. As a Fallout 4 player, you need to pay special attention to the Intelligence perks line-up if you wish to boost your overall mental acuity and affect the number of Experience Points earned. Intelligence also gives you the right knowledge to hack your way into the most secret areas in The Commonwealth.

There are some really hard to break into areas, usually, they require you to hack a terminal or security door and that’s where Fallout 4 Intelligence Perks come in handly, among other things of course.

There are 10 different Intelligence Perks in Fallout 4, here’s the complete list.

Sometimes finding the shortest path to your quest marker is hard. But worry not, with the VANS perk you can reveal the path to your closest quest target in VATS.

Using the Medic perk and its upgrades you can enhance your workshop settlements. You can build a first aid station, clinic, surgery center, and more. Also, your health items restore more health.

As the name suggests, the Hacker Intelligence perk lets you hack the most advanced security doors and terminal in Fallout 4. The more perk points you invest in Hacker perks, the better your hacking skills get.

Investing perk points in the Scrapper perk and its upgrades you can salvage uncommon and rare components when scrapping weapons and armor.

Chems are a big part of Fallout 4’s gameplay design and sometimes, progression. Their effects are for a limited time only but you can boost that by investing in the Chemist perk and its upgrades.

In addition to humans, creatures, and monsters you come across in Fallout 4, robots will try to kill you as well. Hostile robots are a big problem during some key quests and exploration portions of the game. However, you can actually hack robots to self-destruct or make them attack their buddies. Simply invest in the Robotics Expert perk to gain access to robot hacking skills in Fallout 4.

Investing in Nerg Rage will give an interesting ability that allows you to slow down time when HP drops below 20%. You also get 20% damage resistance and +20% damage while the effect lasts.

The best Intelligence Perks depend on the time of build but there are some general tips I can provide. Go with the perks that boost your hacking abilities and allow you to enhance your workshop settlements. Nerd Rage is also a viable option for high-level areas.