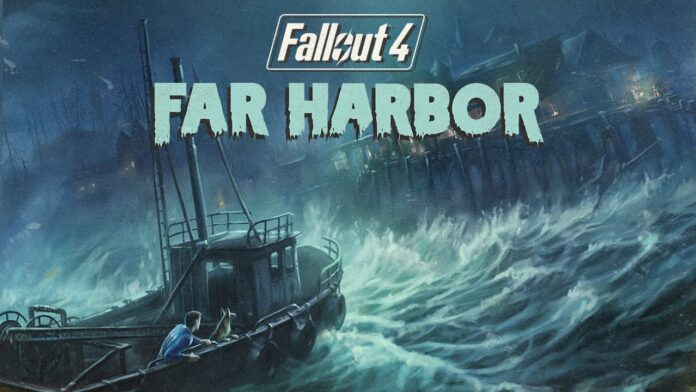 Fallout 4 has a lot of factions, quests, and activities in the base game. However, Bethesda has added more content to the game with DLC. Far Harbor expansion has brought new quests and activities to the game. In this Fallout 4 guide, we will help players with the walkthroughs of all of the Far Harbor Main Quests in the game.

Far Harbor expansion has brought its own main quests, radiant quests, and miscellaneous quests. The following are the walkthrough for all of the Far Harbor main quests in Fallout 4.

Listen to the Valentine’s Detective Agency Radio and then go to the Diamond City and talk to Ellie. Agree to help and then go to Nakano Residence to talk to the client. Enter the house and talk to Kenji and agree to take the case.

There will be a locked safe there, players can open it using a bobby pin or read the note on the safe and search for the picture frame on the nearby desk. Once the safe is open, listen to Kasumi’s Holotape. Return to Kenji and Rei and report your findings. Agree to find and Kenji’s daughter. Use the Kenji’s boat to go to Far Harbor.

Walk in the Park

As players get to the Far Harbor, Captain Avery and Alan Lee will be waiting for them. Speak to them and a bell will ring. Avery promises to answer all questions if players help them defend. Follow her and help her defeat the creatures.

Once all of the creatures are eliminated, talk to Avery she’ll point players to Acadia and suggests talking to Old Longfellow. Go to the Last Plank and find the hunter at a table across the bar. Charm can help players but if they don’t have it, bribe him with a bottle of whiskey. Meet Old Longfellow outside and he’ll give players the recipe for Mirelurk Jerky.

Enter Arcadia and DiMA will greet players. Talk to DiMA and the synth will point players towards Kasumi Nakano. Go to her and she’ll be trying to repair some machinery on Acadia’s lowest level (B2). Speak with Kasumi until she shares her concerns about DiMA. From this point forward, there are three ways players can approach the quest. Each method depends on a specific skill.

Method #1
If players’ lockpicking skills are good enough, players will have no trouble eavesdropping. After talking to Kasumi, leave her and move to the building’s north wall. Use the bobby pin to unlock the locked door and enter the Storage room. Get to the hiding spot near the window and wait for the meeting to begin.

Method #2
This method requires players to be good at hacking. Go to Acadia’s ground floor and hack Faraday’s Terminal. Read the journal and players will find what he has been discussing during the secret meetings.

Method #3
If players’ conversation skills are high enough, simply speak with DiMA. Tell the synth about Kasumi’s concerns, however, the synth won’t tell players a first but, the right dialogue choices will force the synth to reveal the truth.

DiMA’s memories are stored outside of Arcadia and Faraday has developed a program to allow Chase to recover them. Get a copy of Faraday’s program and players can do it in one of three ways. If players eavesdropped, the program will be on the desk in Faraday’s office.

If players hacked, then they can download the program after reading the journal. In case, players talked directly to DiMA, the synth will give players a copy of the program. Return to Kasumi and report.

First, complete the Visions in the Fog Nucleus quest to gain unrestricted access to the Children of Atom stronghold where DiMA’s memories are stored. Climb to the Nucleus Command Center and go inside but, be careful of the turrets and other automated defenses. Fight your way to the Command Center Access Terminal and use it to open the nearby security door.

However, the command center’s main terminal will be offline. Use the nearby security door and get to the area behind the terminal. Flip the switch here to activate the facility’s auxiliary power. Eliminate all threats here and use Faraday’s Program to unlock the main terminal and access DiMA’s memories.

To extract the memories, players have to create a safe path between the starting point and the yellow column. Do this and players can retrieve the memories. The interface works exactly like the Workshop menu. Players can build, move, and store key objects. Fill gaps in the path or create platforms. Also, use Decoder Relays to direct the Decoder Beam to break Firewall weak spots. Do this for every simulation and players will recover the memories.

The Way Life Should Be

This quest starts when players visit Vim! Pop Factory during Best Left Forgotten quest. Players have to fight their way to the factory to get to the marked terminal. Hack the terminal and open the security door. Take the elevator down and start digging the marked patch to uncover something disturbing.

Players can share this information with Kasumi but, this can have serious consequences. So, complete other available Acadia and Far Harbor quests before reporting your findings.

Players have three possible options here. Confront DiMA and tell the synth that you’ll keep the secret to yourself and agree to help him with High Confessor Tektus. The quest ends here and Reformation Far Harbor main quest starts.

Or, players can confront DiMA, tell him to keep the secrete, and refuse to help him. Another possible choice is to convince DiMA to turn himself in and confess to his crimes.

If players choose to tell the truth to the people of Far Harbor, there are two ways this will end. Bring the evidence to Captain Avery she’ll have a hard time believing it. With the right dialogue choices, players can convince her. Agree to keep this information to yourself or don’t.

If players bring the evidence to Alan Lee, he’ll rally the people of Far Harbor against DiMA, Acadia, and Captain Avery. Players can calm Alan down but, that’s going to be hard and players need the help of the crowd to save Captain Avery.

In case players fail to calm the mob, then they can join the mob or just watch them kill every last synth. After that, speak with Alan Lee and collect your reward.

This Far Harbor main quest only begins is players agree to help DiMA with High Confessor Tektus in “The Way Life Should Be” main quest. Go to the marked location, enter the drainpipe, and collect the Holotapes from Martin’s refuge. Return to DiMA and the synth will create a new Holotape that players have to play for High Confessor Tektus.

Go to Nucleus and speak with High Confessor Tektus and when he demands to hear the Holotapes, use your Pip-boy and play the Holotape “Martin’s New Age”. After that, agree to meet Tektus in private and go to the Nucleus’ command center. But, this will only come to pass if players have completed at least three Nucleus quests including Visions in the Fog. Players can either kill him or convince him to flee the island.

This Far harbor main quest becomes available when players discover the location of the Nuclear Launch Key or recover the Wind Turbine Code in “Best Left Forgotten” Far Harbor main quest. If players haven’t completed the “Reformation” quest then players have a choice to make with irreversible consequences. So complete any unfinished quests and activities beforehand.

The memories players have uncovered can resolve the conflict between Nucleus and Far Harbor. Players can either destroy Nucleus or destroy Far Harbor.

Destoiry Nucleus
If players want to destroy the Nucleus, the community of Far Harbor will agree that the island will be good without Children of the Atom. Travel to the hotel and fight your way to the marked room on the second floor. Use the keypad to reveal the hidden safe room. Access the room’s terminal and listen to the recording to learn the location of the Nuclear Launch Key. Go to the marked location and swim down to the ship. Retrieve the launch key from the ship’s safe.

There are three ways this can go. Players can go to DiMA and convince him to use the Nuclear Launch Key. If players are successful, return to DiMA after the Nucleus is destroyed and collect your reward.

Alternatively, players can use the Nuclear Launch Key to activate the console in High Confessor Tektus’ room. Doing this will make all Children of the Atom hostile and players have to fight their way out as the launch sequence is counting down.

Or, players can talk to High Confessor Tektus about the Nuclear Launch Key. Players can either hand over the key or persuade him to use the key for division. If players are successful in persuading him, they are free to leave while Tektus prepares everyone for division. When the Nucleus is destroyed, the quest completes.

If players hand over the key, then Tektus will ask players to destroy Far harbor.

Destory Far Harbor
If players choose to side with Children of the Atom, one of DiMA’s memories mentions a code that can disable fog condensers. Go to the marked location and unearth the buried container to retrieve the Wind Turbine Code. Once players have the code, one of three things can happen.

Confront DiMA with the code and convince him that disabling Fog condensers is the right thing to do. Use the code and return to DiMA to collect your reward.

Alternatively, players can talk to Captain Avery. Players can threaten to extort Avery or they can promise to not use the code or refuse to commit. Or players can directly travel to the Wind Farm Maintenance facility and use the code to disable Far Harbor’s fog condensers.

If players decide to use the code, travel to the Wind Farm Maintenance facility but a disabled security door will prevent players from going forward. Search the storage area to find three Industrial-Grade Fuses. Take the fuses and go to the fuse box in the utility area. Collect the Industrial-Grade Fuse from the nearby table. Use the fuses and insert them in the fuse box.

Return to the security door and continue. Eliminate all threats and move to the marked Turbine 003 Regulator Terminal. Use DiMA’s code to deactivate the Fog condensers. Go to Nucleus and talk to High Confessor Tektus to report the success.

This quest becomes available after players have completed The Way Life Should Be main quest, Cleansing the Land, or Reformation main quest. If Kasumi Nakano survived, talk to her about the future and then talk to Mr. Nakano to complete the quest.

In case Kasumi is killed, go back to Nakano Residence and tell them what happened. This will complete the quest.